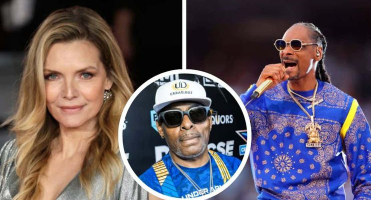 Rapper Coolio, known for the iconic hit ‘Gangsta’s Paradise,’ has died at the age of 59. His manager Jarez Posey reportedly said the popular rapper was found unconscious on the bathroom floor of a friend’s house in Los Angeles. His cause of death has not been released, but Posey said paramedics believe he may have gone into cardiac arrest, TMZ reported. The ’90s Grammy-winning rapper was visiting a friend on Wednesday afternoon, September 28, when paramedics reportedly found him in the bathroom after they were called in for an emergency medical evaluation. Paramedics pronounced him dead at the scene.

Coolio, whose real name was Artis Leon Ivey Jr, started making music in the 1980s, eventually rising to fame. He won a Grammy for ‘Gangsta’s Paradise’, which was part of the soundtrack for the movie ‘Dangerous Minds’, starring Michelle Pfeiffer. The popular track is still widely listened to. Coolio recorded eight studio albums and won an American Music Award and three MTV Video Music Awards in a career spanning four decades.

Several celebrities took to social media to pay tribute to Coolio. “Heartbroken to learn of the passing of the talented artist @coolio. A life cut short too much. As some of you may know, I was lucky enough to work with him on Dangerous Minds in 1995. He won a Grammy for his brilliant song on the soundtrack , which I think was the reason our movie was so successful. I remember him being kind. 30 years later, I still get chills when I hear the song. Sending love and light to his family. Rest in power, Artis Leon Ivey Jr .” Michelle Pfeiffer wrote on Instagram. Rapper Ice Cube wrote, “This is sad news. Witnessing firsthand this man’s grind to the top of the industry. Rest in peace @Coolio.” “Rest in peace Coolio! A true legend and a good man. My heart goes out to your family and friends. Glad we were able to hang out and have a few laughs,” wrote author Rob Schneider.

“Gangsta heaven. R.I.P.” rapper Snoop Dogg wrote on Instagram. Former UCLA player Josiah Johnson wrote, “The Fantastic Voyage premiere is one of the most legendary in music video history. We all knew that feeling of not having a journey to get there. RIP Coolio.” DJ Declan Pierce wrote: “Coolio on the Ringsend floors in 2019. What a legend. #RipCoolio.”