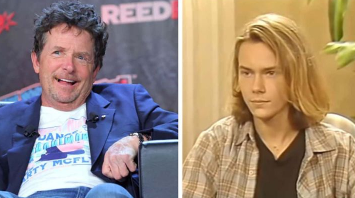 Michael J Fox talked about one of the kindest moments of his life that has stayed with him despite the passing of time, and that is the late actor River Phoenix. The incident occurred more than 30 years ago, when Fox was filming his 1991 movie “Doc Hollywood” in Micanopy, Florida. In an interview with People, he said, “River Phoenix and his brother [Joaquin Phoenix] had a place there, and River would get us out.”

She later added, “He used to come and pick us up and take us to his house and have a barbecue. It’s funny because it was an act of kindness that was based on an act of kindness”. Fox also later added that he believed River’s affectionate treatment of him was a karmic payoff for his own goodwill towards Phoenix, who had starred in an episode of the Fox television series ‘Family Ties’. He remembers that he talked to Phoenix and motivated him.

with a pep talk to perfect a scene he was having trouble nailing. “He did an episode of Family Ties when he was younger. It was right before or right after Stand by Me and he’d do a scene and I could tell,” says Fox. “I was looking at this guy… I think Tracy [Pollan, my wife] was on the show on that episode. And I was like, ‘Look at this guy working. This guy is taking these 10 forms from Sunday and he’s really coming to it’… I mean, kids don’t act like that.

Fox believes this incident earned River warmth even after scaling the heights of his professional career, with his profile as an actor peaking in the years before his untimely and tragic death. Phoenix died at the age of 23 from substance abuse. “I guess that’s why he was always so nice to me when he became a big star,” Fox added.