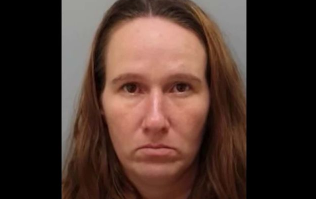 Melissa Towne, a Texas woman who cruelly killed her five-year-old daughter Nichole, has been described by her neighbors as mentally challenged. According to reports, Towne cut Nichole’s neck and suffocated her with a plastic bag, after which the girl died on October 16. Towne took Nichole to Spring Creek Park, where he stabbed her and strangled her with a plastic bag.

Her daughter even begged her mother to stop and pleaded with her that she had been a good girl. Towne was later arrested by police when she was trying to dispose of her body at a hospital. According to one of Towne’s former neighbors, she had to contact the police multiple times. “We always knew that she had mental problems,” said Alan Pffar. “She would argue with my mailbox for no reason.”

Pffar went on to say that because of Towne, she even had to install security cameras. “One time, she was hitting a car,” Pffar told ABC 13. “I didn’t realize she was his. She was hitting it with a baseball bat.” Towne’s erratic behavior and habits were a concern to her neighbors, who were always on high alert around her. Close family members told ABC13 that Nichole once resided in Magnolia with her father and her stepmother. Neighbors said they took turns caring for Nichole. “She was asking for help, and whenever we could, we all helped,” said an anonymous neighbor. “He loved her. He was the best dad he could be. We all knew something was wrong and she wanted something good for her baby. We kept her away and we didn’t want anything to happen to her, so we tried to do the best we could. But I can’t imagine anyone doing that to a child, and when you find out it’s someone you know, and especially a sweet baby, it breaks your heart.” Nichole was the only daughter of her father.

Towne was booked into the Harris County Jail on $15 million bond after being charged with capital murder. She has three other children between the ages of 2 and 18, according to CPS. They reside with other family members in safety.