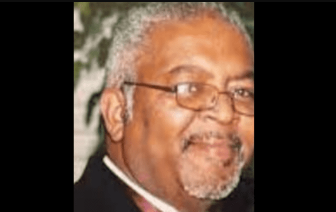 Larry Walker, a carjacking victim from La Habra, California, died on Thursday, October 13 after being dragged away by a homicide suspect who was driving his stolen vehicle in a police pursuit. According to a news release from the Los Angeles Times, Walker, 63, was dragged by the vehicle for two miles before he was found dead at the scene, according to the Los Angeles County coroner’s office.

The victim’s daughter, Jamien Walker, told NBC Los Angeles: “What happened to my father here has torn my family apart.” Walker spent more than 40 years in California after moving there from Georgia, according to family members. They further reported that the 63-year-old man dealt with people who had special needs in group homes and day programs.

“Never in a million years did I think something like this would happen to him,” said Ed Walker, the victim’s son. Le Habra Mayor Jose Medrano posted a photo of Walker on his official Facebook page and wrote, “Please keep the Walker family and all crime victims in his prayers.” Meanwhile, police identified the suspect as Joshua Reneau, 31, and said he had been traveling about three miles before crashing his car into five police cars.

Three people were shot in two separate armed robberies that occurred on July 29 within hours of each other. Reneau was being tracked by the Los Angeles Police Department and the FBI Fugitive Task Force for another murder warrant when the tragic manhunt began, according to authorities. According to the LAPD release, Reneau locked himself inside the car for two hours before turning himself in to the SWAT team.

He was taken to a nearby hospital, where he is being held on suspicion of first degree murder LAPD said in a statement: “The murder suspect exited from the passenger side and stole another vehicle. The murder suspect drove away from Florence Avenue and Haas Avenue, dragging the carjacking victim.”

Two more people were taken into custody early Thursday by Los Angeles police and FBI agents on suspicion of involvement in the July robberies and shootings. Derek Hall, 28, of West Covina, and Miracole Brown, 20, of South Los Angeles were booked by homicide detectives with the Valley Operations Office on suspicion of robbery and murder, and bail was set at $2. millions.