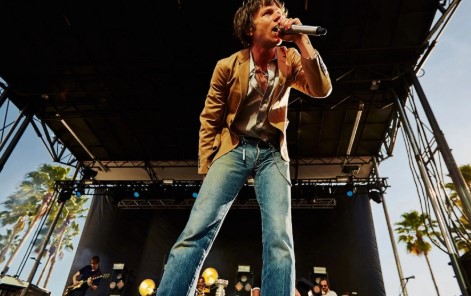 Cage the Elephant frontman Matt Shultz was arrested Thursday in New York City after police discovered two loaded firearms in his room at the Bowery Hotel. Citing the New York police, Billboard reported that Shultz was charged with two counts of criminal possession of a weapon. He did not have a license for the firearms he carried. The arrest came after a response to a 911 phone call around 10:00 a.m.

who noticed that there was a person in possession of a weapon. After Matt Shultz was arrested, he spent the night at the 9th precinct in Lower Manhattan. According to the Daily Mail, a Bowery employee saw Matt Shultz carrying a gun. He reportedly carried a firearm into the public bathroom on the ground floor of the hotel.

According to the Daily Mail, a Bowery employee saw Matt Shultz carrying a gun. He reportedly carried a firearm into the public bathroom on the ground floor of the hotel. The New York police then arrested Shultz and took him to the 9th Precinct police station, where he spent the night.

After the arrest was made, a judge granted a search warrant to enter his room where officers noted they found loaded weapons. The weapons recovered were Sig Sauer and Smith & Wesson. His most recent album, Social Cues, was released in 2019. The album won a Grammy for Best Rock Album in 2020.

The album’s lead single, titled Ready to Let Go, peaked at No. 1 on Billboard’s alternative chart. . Speaking of the record, Shultz at the time told Billboard: In September 2021, Cage the Elephant contributed a cover of Metallica’s song The Unforgiven to the charity tribute album The Metallica Blacklist.