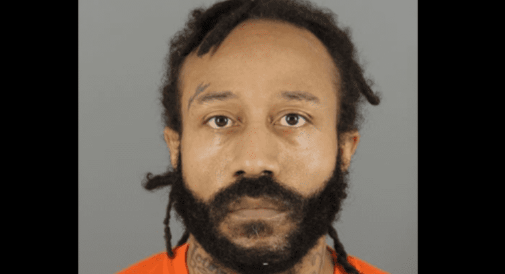 During Darrell Brooks Jr’s two-day sentencing hearing, an unspecified and anonymous threat was reported to the Waukesha County Communication Center that disrupted court proceedings and shortened impact statements on Tuesday morning, November 15. , while the courtroom was also clear. Victims were sharing their heartbreaking stories of the attack on the town’s Christmas parade when Brooks ran over them in his truck, killing six.

However, court resumed when the building was secured with increased security on and off site. Footage from the courthouse show also showed law enforcement in tactical gear at the courthouse gates. Judge Jennifer R Dorrow explained the threat after resuming proceedings shortly after 11 a.m. after the threat was investigated. She said she was not going to stop these proceedings and was confident of moving forward with sentencing, ”

A little before 10 am when the Sheriff asked me to meet with him and was informed at that time that the communications center had received a threat to the court. As you all know, it is now 11:14 a.m. I am not going to stop these proceedings, we will continue and I will trust the sheriff’s department and law enforcement personnel if anything changes. I apologize for the abrupt interruption earlier, but I trust that we can move on.”

Brooks, 40, of Milwaukee, was convicted Oct. 26 of killing six people and injuring dozens more while driving during the 2021 Christmas parade. On the first day of Brooks’ sentencing hearing, those who lost loved ones or were injured in the attack will read impact statements. Before Waukesha County Circuit Judge Jennifer Dorow sentences Brooks on Wednesday, approximately 40 victims will make statements.

Meanwhile, social media also erupted against what they called inhumane behavior when Brooks appeared to roll his eyes at the victim’s statement during the sentencing hearing. “Seeing #DarrellBrooks roll his eyes and what seems to me sometimes smile under his mask (or at least mutter to himself) is so infuriating. I’m seething with anger at him and crying with the victims as he walks .

They are forced to relive that.” horrible day once again,” wrote one user, another said: “When the victims speak #DarrellBrooks rolls his eyes and rolls his hands as if to say ‘hurry up’. He also pats his chest with his open right hand. Does anyone know what he is pointing at? He pats himself on the chest with each victim. #DarrellBrooksTrial”.