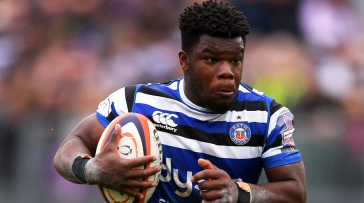 Levi Davis, a rugby player and former ‘X Factor’ contestant, has reportedly gone two weeks without using his phone or withdrawing money from his bank accounts since he disappeared. The 24-year-old was last seen in an Irish pub in Barcelona on October 29 and has not been heard from since.

His phone was last spotted near Barcelona’s main Sants train station on October 29, according to city police, which is two miles from the Old Irish Pub on La Rambla Boulevard. CCTV footage, according to the Daily Mail, shows him leaving the notorious establishment at 10:05 p.m. Davis’s mother, Julie, told The Daily Mail that her son’s phone had not been used since he disappeared and no money had been withdrawn from her bank accounts.

She said: “Every day that Levi is missing makes the pain and heartbreak worse, we just want to know that he is safe. He is every mother’s worst nightmare. People tell you to always value a hug or a kiss as if it were not the last, I never understood it, but now I understand it. The police have told us that he has not used either of his two bank cards or his phone for two weeks.”

“We don’t know if he had cash and was taking a train or staying nearby or visiting someone nearby. There has been no trace of him since and we are increasingly concerned. But we are still staying positive, and the police are doing everything they can. We were told that he may have been sleeping rough in Barcelona for the past few days, but we’re not 100% sure it was him,” Julie added.

She said the last time she spoke to Davis was shortly after he arrived in Barcelona, ??when he gave her a video message from a singer performing in an Irish bar. She revealed: “He told me that he hoped to travel around Europe, and after Spain, he wanted to go to France and see his friends. I’m exhausted, I’ve had long meetings with police and consulate officials, and we’ve spoken to a local missing persons charity. But I’m not giving up, we just want him to reach out to us and tell us he’s okay.”