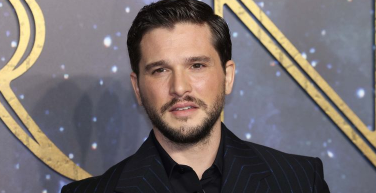 Game of Thrones star Kit Harington, 35, has revealed that his grandfather, John, was one of Britain’s top spies during World War II and kept track of the Duke and Duchess of Windsor in case they former King Edward VIII, who abdicated the throne in 1936, passed any information on to the Nazis.

During an episode of the Channel 4 program ‘My Grandparent’s War’, a BBC series that traces the history of the grandparents of Hollywood actors and discovers how the Second World War changed the lives of their families, Harington said that he found it “Fascinating” to find that his paternal grandfather, John, was in charge of one of the most controversial espionage operations of the 20th century, according to DailyMail. Not only that, her grandfather was a 22-time great-grandson of King Edward III and her grandmother Lavender, John’s wife, also worked for the British secret services.

The show also revealed that John was an MI5 and MI6 agent who worked alongside ‘James Bond’ creator Ian Fleming. According to The Sun, he said: “What’s been fascinating is seeing flashes of me in them. We’re all a great melting point of our four grandparents. But as an actor with a tantalizing opening in the world of film, there’s one thing they didn’t hit me, if a few more of the tall genes had been passed on to me, I might have been up for Bond.” He added: “It’s all there, they gave me everything, they outfitted me with everything, but they made me 5 feet 7 inches, which is about two or three inches too short to be James Bond.”

On the other hand, his maternal grandfather Mick Catesby was a decorated hero and his maternal grandmother Pippa was a nurse. She said she now understood why his grandfather, who was sent to fight in Italy for more than three years and lost dozens of close comrades, returned home in shock and never spoke about the conflict. The actor said that he admired the fact that they never bragged about his exploits in World War II. “There’s this idea of ??being humble, not showing off, which is something I really appreciate,” Harington said.