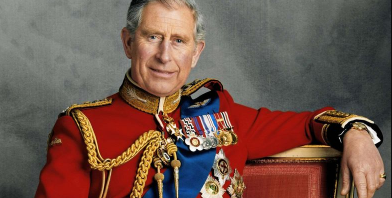 The British monarchy opens a new chapter with the reign of King Charles III. He was the eldest son of the late British monarch, Queen Elizabeth II, and is the oldest person to assume the British throne. The ‘kingdom’ now awaits his rule after he succeeded his mother, the longest reigning monarch in British history. the his mother. Now, with him assuming the position of power, talk of his infamous ‘Black spider’ memos has resurfaced.

These memorandums are letters and memorandums written by King Charles III to British government ministers and politicians over the years. At the time, he was the longest-serving Prince of Wales and also the heir apparent to the throne. Therefore, he was supposed to be politically neutral, but the letters are controversial because they expressed his position on certain issues.

King Charles III, when he was still Prince of Wales, wrote to ministers thinking they were private missives, but concerns were raised when they were leaked. Some, especially those in the press, saw the work of a “meddling prince”, who was trying to exert undue influence on the government. Topics on which Charles has previously expressed his views include, but are not limited to, agriculture, global warming, offset culture, the military, and architecture. To maintain the monarchy’s neutrality, King Charles III will have even less leeway now, as he must overcome any discussion of political importance to maintain the monarchy’s neutrality.

The memos’ infamous name, ‘Black Spider’, came about because of Charles’s distinctive handwriting. It was only a matter of time before the contents of some of these letters were leaked until, finally, the press was able to get their hands on almost all of them. On May 13, 2015, the Information Court ordered the publication of most of the correspondence in which the letters were made public after a decade-long legal battle waged by The Guardian. After the letters were published, the right-wing media described them as “defense correspondence”, while the left-wing media saw them as blatant “lobbying” that affected Charles’s neutrality as future king.

The then-prince’s office had responded with a statement criticizing the publication of the letters, saying: “The publication of private letters can only inhibit your ability to voice the concerns and suggestions that have been brought to your attention in the course of your travels and meetings. .” Royal observers weren’t too keen on seeing the memos as “harmless” and were of the opinion that the former Prince of Wales should have kept his views to himself as the royal family’s duties are now largely ceremonial along with non-controversial charities.

In September 2002, a letter from Prince Charles to then-Prime Minister Tony Blair was leaked on the day of the Countryside Alliance’s “Freedom and Livelihood” protest march. In the letter, Charles wrote about the views of a Cumbrian farmer, who complained about the British government’s treatment of farm workers, saying, “If we as a group were black or gay, we would not be victimized or molested.” Charles felt that the government would go to greater lengths to protect the rural population if they were “any other minority”.

During Blair’s visit to the Army in Northern Ireland on 8 September 2004, Charles criticized the former Prime Minister’s use of a British Lynx helicopter. “I’m afraid this is just one more example of our Military being asked to do an extremely challenging job (particularly in Iraq) without the necessary resources,” he wrote.

Charles is also believed to have written letters in June 2001 to Lord Irvine of Lairg (the then Lord Chancellor) complaining about the Human Rights Act and the resulting “compensation culture”. Charles complained to Irvine that the UK was “sliding inexorably down the slope of ever-increasing petty litigation” and wrote in 2002 of “increasingly prescriptive laws for conditions such as health and safety at work, blame culture and the bureaucratic bureaucracy that accompanies the new rules. Charles was reportedly disgusted at the “extent to which our lives are being governed by a truly absurd degree of politically correct interference”.

In 2009, he even wrote to representatives of the Qatari royal family, the funders of the Chelsea Barracks site in west London, calling British architect Richard Rogers’ design for the site “inadequate” and his plans “a gigantic experiment.” with the soul itself. of our capital city.” The architect was ultimately removed from the project in a move Rogers called an “abuse of power.”

Among his criticisms of the country’s business leaders in August 2021, he urged them to do more to save the planet “before it’s finally too late.” His main point was that the only hope for averting climate catastrophe lay with the business elite joining world leaders in this mission. Charles, in March 2022, also publicly criticized Russian leader Vladimir Putin, calling Russia’s invasion of Ukraine “a brutal aggression causing appalling suffering and devastation.”