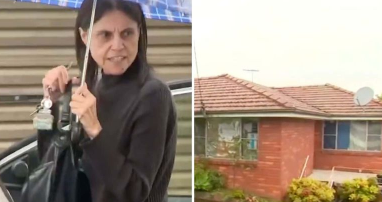 A mother who allegedly starved her autistic teenage son to death has been charged with involuntary manslaughter. Joshua Djuric, 18, was found dead in a house in Yagoona, south-west Sydney, last week. Djuric’s mother, Keti Jovanovska, is accused of failing to provide her son with adequate food, medical care or medication as her health deteriorated. Despite her condition, the 52-year-old mother fed her son only bread and soft drinks, according to police.

Yagoona’s house had newspapers, duct tape and sheets covering the windows. On Wednesday, October 5, Jovanovska told a reporter outside her home that her son was autistic, but she “of course she loved him.” According to the Daily Mail, Djuric did not go to school. After finding her son unconscious on her at around 10:30 p.m. on Monday, September 26, Jovanovska sought help from neighbors. She called emergency services, but Joshua was pronounced dead at the scene. Court documents indicate that Djuric died sometime between 6 p.m. m. and 10:40 p.m. m., four hours before paramedics were called to the scene.

Jovanovska was questioned at Bankstown Police Station before being taken to hospital for examination. The next morning she was charged with involuntary manslaughter and brought before Bankstown Local Court. The house has several boarded up windows and an old mattress thrown in front of the house. Although it belonged to Jovanovska’s parents, it had been left to her mother and her son.

Neighbors said they never saw Djuric on the street. Investigators are investigating whether he had physical or mental problems that prevented him from taking care of himself. Jovanovska has yet to comment on the charges and she was released on bail to appear again in Bankstown District Court on November 30.

According to ABC News, she must report daily to the Bankstown police station, live at her address, and is not allowed to do so. her to apply for passports or travel documents. A neighbor told the news outlet, “I’m a mother of five children…it’s very shocking to hear.” The neighbor also stated that she never saw her mother and son in the house.

MEAWW had previously reported that a father pleaded guilty to “forcibly” shaking his four-week-old son because he was “tired and frustrated” by his crying, ultimately leading to the child’s death due to head injuries. Matthew Banks, 34, of Gilbert Road in Chichester, was charged with involuntary manslaughter at Winchester Crown Court on Wednesday 24th August this year.

Leo Banks was two years old when he died at his home in Chichester, West Sussex, in February 2020 after receiving special treatment for head injuries he sustained as a newborn in December 2017. Banks stated that Leo was sobbing uncontrollably and seemed stressed during a feeding. which left Banks frustrated and tired. Leo’s mother discovered that her son was sick when he woke up in the morning and sought medical attention.