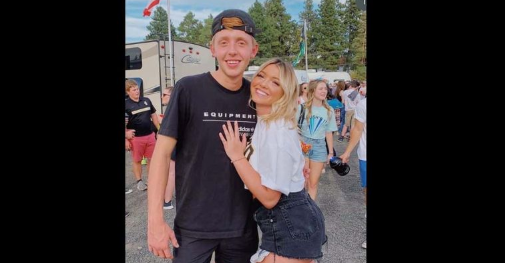 Fox News host Lawrence Jones spoke with Steve and Kristi Goncalves, the parents of University of Idaho murder victim Kaylee Goncalves. Kaylee’s parents vigorously defended her daughter’s ex-boyfriend after it was discovered that she had approached him multiple times on the night of the quadruple homicide.

On Saturday night’s episode of ‘Lawrence Jones Cross Country,’ Steve and Kristi Goncalves explained why they believe authorities are “wasting time” going after Jack DuCoeur, Kaylee’s ex-boyfriend, after she and her co-workers fourth were assassinated in the small town of Moscow.

Kristi Goncalves said: “We’re rooting for him, and we know in our hearts and our minds and our souls and deep down in our souls, Jack is hurting,” she continued. “Kaylee and Jack would have eventually married and eventually had children,” FoxNews reported.

Kaylee’s parents added that they were adamant about Jack’s innocence in the case, saying the correspondence was nothing out of the ordinary. “We love Jack, we absolutely love Jack,” Kristi said. “We stand behind Jack 1000%.” Kaylee and her roommate allegedly called Jack seven times at 3 am.

According to investigators, the students were likely stabbed to death in their sleep early Sunday morning between 3 and 4 a.m. in residence in Moscow, Idaho, on the university campus. Two additional housemates from the King Road house were present at the time of the attacks but are not considered suspects.

Kaylee and her roommates Ethan Chapin, 20, Xana Kernodle, 20, and Madison Mogen, 21, were stabbed to death a week ago. Authorities have confirmed that there appears to be no evidence of forced entry into the student residence and continue to search for leads.

After police said Wednesday that they had not identified a suspect or located a weapon in the weekend killings, the families of the four students have been demanding justice and seeking answers.

Read Also: Who was Kaylee Goncalves? Wiki, Biography, Age, Family, Cause of Death