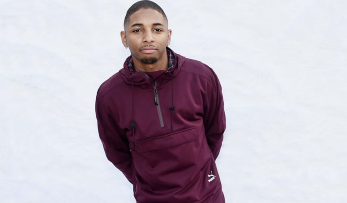 Kaalan Walker, a Los Angeles rapper and actor who appeared in the 2018 film ‘SuperFly,’ has been sentenced to 50 years to life for a series of sexual assaults from 2013 to 2018. He assaulted seven survivors, including three minors, whom attracted in the name of photo shoots and music videos. He was arrested in 2018 for his crimes and was released on bail. He was arrested again after the jury’s verdict.

According to NBC 4, plaintiff Deputy District Attorney Cynthia Wallace believed that Walker, who was ordered to register as a sex offender for life, was “truly a predator.” However, the defendant’s attorney, Andrew Flier, claimed that the women were seeking revenge against the rapper because they fell for his false promises of music video recordings and the chance to meet Walker’s famous friends.

According to NBC 4, in March 2018, when the case began, Deputy District Attorney Yasmin Fardghassemi said in her opening statement that the women involved in the case did not know each other. She said: “The one thing that unites all these women is defendant Kaalan Walker.”

When the prosecutor told the jury how Kaalan used Twitter and Instagram to search for his victims and lured aspiring models and actresses in the name of the photo. and music video shoots, she began the statement by saying, “You’re going to see a dark side of him. When they said ‘Stop,’ he didn’t care.”

On the other hand, Flier, according to whom his client had been “portrayed as a monster,” said that Walker was innocent. He said, “They’re going to lie to you because they know they fell in love with their B.S. Mr. Walker’s pattern is to make false promises, and they bought him.

Each of these women voluntarily made their own decisions,” Flier said in defense of Walker, and He added: “He didn’t force them. It’s payback for Mr. Walker and we’re not going to let that happen.” .