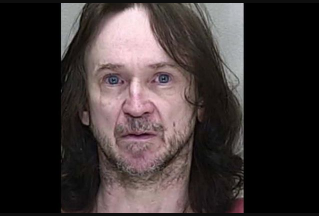 Eddie Joe Oglesby Jr, 52, will spend several decades behind bars following his conviction for producing and receiving child abuse material. Oglesby Jr acted as a federal agent and convinced young women to send him nude photos and videos threatening them in Google Hangouts chats. “According to testimony and evidence presented at trial, Oglesby created an elaborate false identity that he used to pose as a federal agent,” prosecutors said.

They added: “He used this false identity to coerce underage victims to produce and send him sexually explicit images over the Internet. Posing as the bogus agent, Oglesby threatened to arrest, jail, institutionalize, or kill the victims if they did not comply with his demands.” Oglesby Jr, was arrested by federal agents at his home, with a minor victim. “A search of Oglesby’s cell phone showed that he logged into various social media applications under his real and fake identity,” the Justice Department stated.

“Agents ultimately found 473 pages of electronic communications between Oglesby and one of his victims on that cell phone.” The girls were manipulated into sending explicit material. The stepfather of one victim found evidence that his child was suffering at his hands and took swift action by reporting it. The complaint states: “Victim 1’s stepfather then checked the laptop and discovered that Victim 1 had been sending sexually explicit photographs and having conversations of a sexual nature with an adult male on Google Hangouts.”