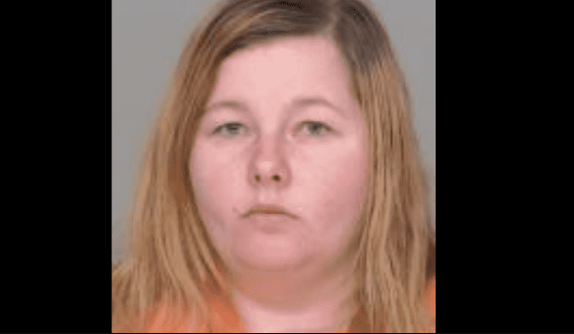 A Minnesota woman has been arrested and charged with child torture after she allegedly stole her son’s blood and treated her two other children for medical conditions they reportedly do not have in order to get health care money. Jorden Nicole Borders, 32, initially complained to authorities that the hospital was drawing too much blood from her son during the doctor’s visit, but it was later discovered that the boy’s mother was behind the cruel act.

Borders, the mother of an eight-year-old girl and two boys, ages 9 and 11, was charged with three counts each of child torture and harassment in the alleged abuse of her children. The 32-year-old mother even self-diagnosed her two children, ages 8 and 11, and treated them for bogus conditions. Borders was receiving money from the state to care for her nine-year-old son.

Law enforcement began investigating the Minnesota mother after doctors began monitoring her 9-year-old son. Reports showed that the children’s hemoglobin levels continued to drop, with Borders claiming that the hospital was drawing too much blood.

In addition, her children allegedly told authorities that they saw her mother take her brother’s blood and put it in a cup and have it flushed down the toilet, according to a court complaint, according to Fox News. The brothers were forced to wear casts and neck braces even though they had no injuries, the children claimed. The 11-year-old boy was forced to wear a cast for more than two years, prosecutors said.

The boy added that his mother asked him to pretend he had broken bones and put him in casts with materials she stole from doctors, authorities said. Borderlines were allegedly applied to her three children, including threats of violence, suffocation, beatings, beatings with objects, forcing the children to stay outside in the cold.