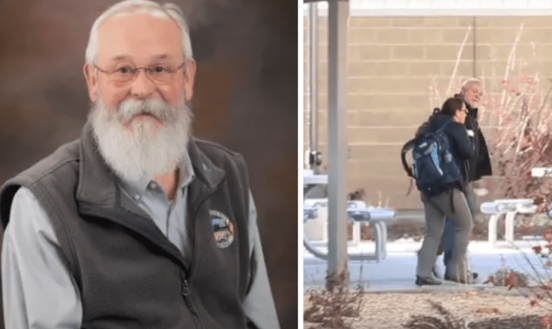 Latah County Prosecutor Bill Thompson was seen at Moscow police headquarters Thursday, November 24 over the Thanksgiving holiday as police continued to search for the murderer of the University of Idaho student. According to Fox News, the prosecutor arrived at the headquarters around 2 p.m.

Then the FBI and other police officers intensified their search for the suspect who killed the four college students. Kaylee Goncalves, 21, Madison Mogen, 21, Xana Kernodle, 20, and Ethan Chapin, 20, were found dead and attacked in their sleep on November 13. However, social networks believe that there should be an important twist in the investigation of his visit. .

Meanwhile, Idaho State Police director of communication Aaron Snell stated, “He’s there every day. He continues to work on vacations/weekends.” He also added: “The district attorney has been there throughout as a resource,” he said. “We continue to work after hours.

The prosecutor has been here every day,” Fox News reported. Later, on Friday, November 25, Thompson was also seen inside the apartment with investigators on the case. “Detectives are continuing to investigate and will be collecting evidence.

The people working on this case from all three agencies are the best, the brightest and have the most up-to-date resources,” Snell said. He also added: “We are going to continue this investigation no matter what.” “That’s going to be putting the various pieces together and ultimately finding the suspect or suspects and then making that arrest.

Whether or not that person is here on campus, in their room, online or anywhere on the community, we will make that arrest,” he added. According to the official website for Latah County, Idaho, Bill Thompson graduated with a law degree from the University of Idaho School of Law in 1980. He was elected Latah County prosecutor in 1992 after a 12-year practice.