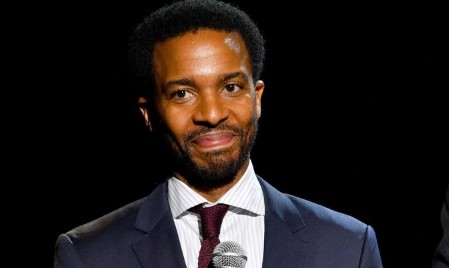 Jerrod Carmichael will host the 2023 Golden Globes. The Hollywood Foreign Press Association and NBC announced that the Winston-Salem comedian will host the show in January 2023. The show will air live on NBC and Peacock from the Beverly Hilton in Beverly Hills, Calif. ”

We are very excited to have Jerrod Carmichael to host the historic 80th Golden Globe Awards,” Helen Hoehne, president of the HFPA, said in a statement. “His comedic talents have entertained and excited audiences while delivering thought-provoking moments that are so important in the times we live in.

Jerrod is the special kind of talent this show requires to kick off awards season.” Hoehne added. Carmichael rose to fame with his own show on NBC, ”

The Carmichael Show,” and also won an Emmy Award in September for Outstanding Writing for a Variety Special on his HBO comedy special “Jerrod Carmichael: Rothaniel.”

. During the special, the 35-year-old also came out as gay in front of a live audience at the Blue Note Jazz Club in New York City in February.