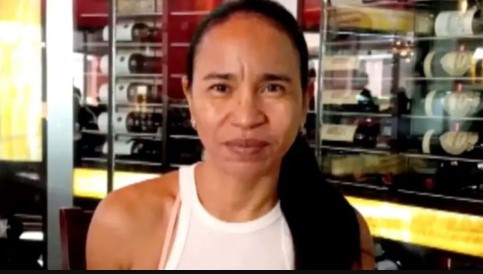 Police have launched a homicide investigation after a 47-year-old woman was found dead in a Miami Beach hotel room serving flight crews on Tuesday night, December 6. On Wednesday, December 7, Ernesto Rodriguez, a police spokesman, informed the NY Post in an email that Miami Beach police were called to the Sherry Frontenac Hotel, located at 6565 Collins Avenue, shortly before 7:00 p.m. . m.

After a woman called because she wanted a check. on the welfare of her co-worker whom she last saw four days ago on Saturday December 3rd. Officers found the woman’s body inside the room. The victim was identified as Marelbi Ruiz Lara by her relatives. Lara’s son, Nelson Tabares, of Columbia, told NBC Miami that his mother worked in that area and had been living in a hotel room with her partner.

He said that he grew increasingly worried after not being able to hear from his mother for several days and finally called the hotel staff to check on her in her tenth-floor room. However, when security tried to open the door, they found a mattress propped up against it making it difficult to open.

“They used blunt force to get in,” Tabares said. “The hotel workers, after using force… did not find belongings of the two people who lived there. They got scared. They were nervous.” Lara was reportedly staying in the hotel room with her partner, who was assigned a remodeling job in the building.

Authorities have not yet released a suspect, but Tabares believes Lara’s partner killed her and then took her own life on the side of the road in Sarasota, NBC reported. Officials have yet to confirm this information, but the facts do match a report of a suicide Tuesday on I-75 in the same city.

The Miami-Dade Medical Examiner’s Office removed the woman’s body around 10:30 a.m. Wednesday. The cause of death is currently under investigation. According to the NY Post, Lara was not an airline employee and the hotel only caters to airline pilots and flight attendants. Miami Beach police are investigating the death as a homicide and are actively pursuing various leads, authorities said.

Authorities have confirmed that there is no threat to the general public. “I think it’s a terrible thing, right here in the middle of the beach to have this type of occurrence,” said resident Alicia Darias. Desiree Arnold of Jacksonville told WPLG that she noticed a heavy police presence Tuesday night. “We’re here on vacation. We’re like four hotels away, so now I’m like, ‘Are we safe?'” she said.

Read Also: Who was Olivia Drasher? Wiki, Biograpy, Age, Family, Cause of Death