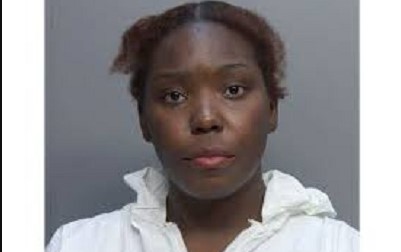 A Florida mother is facing charges after police say she called 911 to report her 3-year-old daughter had been stabbed to death. According to a report from the North Miami Beach Police Department, 24-year-old Jellisa Baxter was arrested Tuesday morning.

Police said they received a call from Baxter, who said she stabbed her young daughter to death in her apartment. Baxter told police that she initially tried to strangle the girl, but when that didn’t work, she stabbed her multiple times, according to the police report.

First responders stated that the child was dead when they arrived at the apartment. She was described as having multiple stab wounds to her chest, neck and face. The knife was found next to her body on the ground.

Baxter remained at the scene when police arrived and she was taken into custody without incident. Baxter is charged with first-degree murder and aggravated child abuse, jail records show. She is being held without bond at the Miami-Dade County Jail.

Read Also: Who was Chris Spaunhorst? Wiki, Biography, Age, Family, Cause of Death