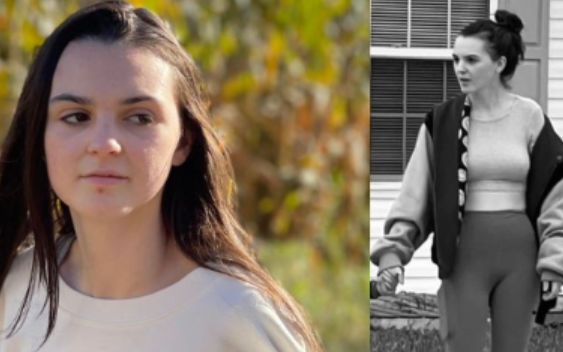 The body of a missing 22-year-old Tennessee woman was found Thursday, a day after her boyfriend was charged with her murder. Jasmine Pace’s remains were found during a search operation along Suck Creek Road in Chattanooga, police confirmed.

Her family last saw her on surveillance video leaving her mother’s Chattanooga home on November 22. Authorities arrested Pace’s boyfriend, Jason Chen, 22, at his family’s home in Nolensville on Wednesday and took him to Hamilton County to face criminal homicide charges.

Jasmine Pace Cause of Death

Police said bloodstains were found on the living room floor, bathroom grout and bedroom rug in the apartment Chen rented in north Chattanooga. There was blood splatter on the bathroom wall as well. Pace and Chen were in a relationship for a few months, police said, adding that the last known location she shared with her mother via text message was at her apartment after 2 a.m. on November 23.

Pace’s mother tracked down her daughter’s 2021 Chevy Equinox in the 900 block of Mountain Creek with the help of an app. The evidence “shows that the victim had been killed during an altercation that occurred” inside Mr. Chen’s apartment, according to an affidavit from the Hamilton County Court of General Sessions, according to WKRN.

It added that additional evidence, such as footage from surveillance cameras in the area, indicated that she had been “transported away from the location of the crime scene.” Her childhood friend, Bailey Putman, said they initially thought she might have left town to mourn the death of a relative of hers.

When she didn’t show up for Thanksgiving dinner, they began to fear the worst, as she was completely out of character. Putman said her friend’s phone had been idle since Nov. 23, while her social media accounts were in use. They were suspicious of a Facebook post made at 6:52 p.m. m. Saturday from Pace’s account.

The post contains three videos and a dated photo of Pace with the words: “Enjoying Thanksgiving with my baby!” Pace’s mother, Catherine, and her husband reportedly visited the Tremont Street apartment, but were unable to find either her daughter or Mr. Chen.

Hamilton County District Attorney Coty Wamp said in a statement Thursday: “Our hearts go out to Jasmine’s family tonight as they deal with unimaginably difficult news.” “We are grateful that, thanks to the hard work of the Chattanooga Police Department, she can now rest surrounded by friends and family who loved her so much.”

Read Also: Who was Audrey Leybourne? Wiki, Biography, Age, Family, Cause of Death