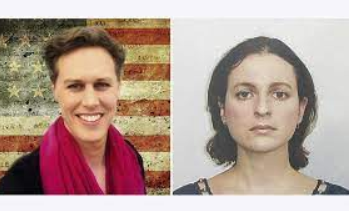 On Thursday, the Justice Department revealed that US Army Major Jamie Lee Henry and his wife have been charged with an alleged attempt to steal and send confidential medical records of US military patients to Russia.According to an unsealed indictment, Jamie Lee Henry, 39, and his wife, Dr. Anna Gabrielian, 36, allegedly were part of a complex plot to transmit highly sensitive medical information to an undercover FBI agent they believed was working for the Russian Embassy.

Both Henry and Gabrielian have been charged with conspiracy and wrongful disclosure of individually identifiable medical information. The conspiracy is believed to be an attempt to help Russia in its ongoing war against Ukraine. The indictment said the US commander and anesthesiologist began hatching the plot after President Vladimir Putin’s invasion of Ukraine in February 2022. It further stated that they communicated with the Russian embassy via email and over the phone to offer assistance.

The Justice Department further explained that the couple used their security clearance at Fort Bragg in North Carolina to steal hospital records from the military base. In a press release, they said: Jamie Lee Henry and Anna Gabrielian were due to appear in court in Baltimore on September 29, charged with eight counts, including conspiracy.

If convicted, they face a maximum sentence of five years in federal prison for the conspiracy and a maximum of 10 years in federal prison for each count of disclosure of individually identifiable health information (IIHI). In 2015, the US Army Major made headlines for being the first openly transgender Army officer. Seven years later, he is again drawing national interest, but this time for allegedly plotting a conspiracy with his wife, Dr. Anna Gabrielian, to help the Kremlin with classified information.

According to the Justice Department indictment, while Henry initially had reservations about the HIPAA violation, Gabrielian had passed information about current and former military officers and their family members to an undercover FBI agent posing as a Russian embassy employee.

Jamie Lee Henry, Major of the United States Army, has a secret-level security clearance. At the time of the plot, he was working as an intern and was stationed at Fort Bragg. According to Gabrielian, the army officer had knowledge about:

As for the motive for their actions, the couple revealed to the undercover agent that his allegiance lay with Russia. While Anna Gabrielian said that she was motivated by her “patriotism” towards Russia, Jamie Lee Henry went on to say that she wanted to join the Russian military.

Read Also: Who was Lorena Aviles and Natalie? Wiki, Biography, Age, Family, Cause of Death