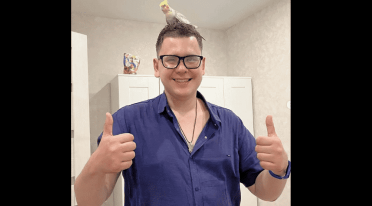 A recruited Russian rapper reportedly chose to end his life rather than kill Ukrainians. In his final message, he said, “I’m not ready to kill.” It has been said that Ivan Vitalievich Petunin, popularly known by his stage name Walkie, ended his life by suicide after he was ordered to participate in Vladimir Putin’s invasion of Ukraine.

The Russian leader is reportedly trying to get 300,000 more men into his war against Ukraine despite his reluctance. Apparently, many of those men have taken harsh measures not to get involved in the fight, such as breaking their arms or legs. The Sun reported that shocking videos showed a man setting himself on fire at a train station in Ryazan, 110 miles southeast of Moscow, to avoid being sent to the front lines.

Ivan Vitalievich Petunin Cause of Death

The 27-year-old entertainer was among those men who had enlisted. His body was found on Friday, September 30, in Krasnodar, Russia. Before taking his own life, Petunin in a video message shared on his Telegram channel, said: “If you are watching this video, then I am no longer alive.”

He explained: “I can’t take the sin of murder on my soul and I don’t want to. I am not willing to kill for any ideal. I choose to stay in history forever, as a man who couldn’t stand what was happening. I am not ready to take up arms and kill my own kind”, before adding that the extreme step was “a way of expressing his final protest”.

After the singer’s death, his girlfriend would have said: “Everything happened unexpectedly. He will always be a bright and kind person who loves to joke around.” A Petunin fan apparently said: “I hope you have found peace.” Another heartbroken fan said, “Life is so unpredictable, who would have thought.

This unfortunate news comes after NATO chief Jens Stoltenberg criticized Putin, saying: “Putin has mobilized hundreds of thousands more troops, engaged in irresponsible nuclear saber rattling and now illegally annexed more Ukrainian territory. Together, this represents the most serious escalation since the beginning of the war.”

“NATO reaffirms its unwavering support for the independence, sovereignty and territorial integrity of Ukraine. We remain determined to provide support to Ukraine as it continues to defend itself against Russian aggression, for as long as it takes,” Stoltenberg added.

US President Joe Biden also continued to condemn Russia. He said: “We will continue to provide Ukraine with the equipment it needs to defend itself, undeterred by Russia’s brazen effort to redraw its neighbor’s borders. We will bring the international community together to denounce these moves and hold Russia to account.”

Reacting to Putin’s invasion, Ukraine’s Foreign Minister Dmytro Kuleba said: “By trying to annex the Donetsk, Lugansk, Zaporizhzhia and Kherson regions of Ukraine, Putin is trying to seize territories that he does not even physically control over the land. Nothing changes for Ukraine: we continue to liberate our land and our people, restoring our territorial integrity.”

Read Also: Who was Chance Seneca? Wiki, Biography, Age, Family, Cause of Death