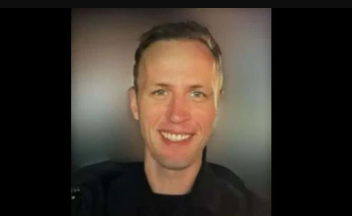 LAPD officer Houston Tipping, who was “beaten to death” during a brutal police training exercise, was targeted and killed because he was investigating fellow cops over an alleged gang rape, his lawyer has claimed. The Los Angeles Police Department was hit with a wrongful death lawsuit, claiming Tipping, 32, was killed during a training exercise meant to “simulate a mob attack”.

The lawsuit, filed by the victim’s mother, Shirley Huffman, alleged that Tipping was “repeatedly struck in the head severely enough that he bled” during a training activity.Now, Huffman’s attorney Brad Gage has claimed Tipping was a whistleblower in an assault case that involved four other officers 10 months before he was killed. Gage said Tipping wrote a report on the alleged assault. At least one of the cops allegedly involved in the case was present at the time Tipping died.

Tipping suffered multiple breaks in his neck and suffered a “catastrophic spinal injury”, which led to his death, according to the suit. Multiple injuries on his body also required stitches. The department said the officer was injured while “grappling” with another officer during the training. It referred to Tipping’s death as a “horrible accident”.

An autopsy found Tipping suffered broken ribs that suggested the use of a LUCAS device, an automatic CPR machine, which suggested those around him had attempted to revive him. “The problem with that is other medical reports show the LUCAS device was never used,” Gage said, questioning why there was no security footage available.

“LAPD claims there was no video taken of the training this day. We don’t believe that’s accurate,” he said, according to the Daily Mail. LAPD officials had said CPR was started immediately after the fall, and Los Angeles Fire Department crews were contacted. Tipping was transported to the USC Medical Center, where he died three days later.

In a bombshell claim, Gage said he found a report of the alleged rape, claiming that there has been a cover-up at the LAPD. The police department allegedly claimed there was no incident report at all. Gage said in a press conference recently, “In July 2021, four police officers were involved in the sexual assault of a woman in the Los Angeles area.

A report was taken by Officer Tipping and I have seen that report, that reported the case that there was a sexual attack and it indicates that an object was placed into the sexual organ of the female victim.” “The female victim claims that she was raped by four different people, all LAPD officers,” he continued. “She knew the names of some of those officers because they were in uniform and they had their name tags on.

The name of one of those officers, the name tag seems to correlate with one of the officers that was at the training.” He added, “I think the officers were very brazen and thought they were above the law but no one is above the law. I’m sure these actions are being covered up. The thought of a code of silence or a cover-up by a police department should not be shocking or surprising to anyone.

“According to Huffman, the training exercise that resulted in Tipping’s death “had already been questioned” before. Gage had said at the time of his death that the allegations in the lawsuit are based on interviews conducted with witnesses and individuals aware of the situation.

Huffman’s claim called for unspecified financial compensation, as well as punitive damages from the city. It also demanded that the city preserve all evidence in the matter, including “videos of the entire training exercise and actions taken against Officer Tipping.”

An investigation was launched into the incident by the department, which said it seeks to determine if “there are any changes that need to be made” to prevent such tragedies in the future. “It is tragic and we’re all saddened by his loss,” LAPD spokeswoman Capt Kelly Muniz told The Los Angeles Times.

In June, the five-year LAPD veteran’s funeral was attended by the LAPD police chief Michel Moore, department leaders and Los Angeles Mayor Eric Garcetti. Two days after his funeral, his mother filed the complaint against the city, accusing it of wrongful death, assault and battery and civil rights violations.

Moore knelt before Tipping’s parents at his funeral and offered them folded American flag. “Chief Moore stated that Officer Tipping impressed his peers with a ‘willingness to go the extra mile to make the world a better place,’” Huffman stated.

“Yet, that wasn’t enough to avoid other officers paralyzing him and eventually killing him in violation of law, and his civil rights.” According to the Los Angeles Police Protective League, Tipping patrolled around the Devonshire neighborhood and “loved serving as a police officer”, the Daily Mail reported.

It also said that he will be remembered “for how he loved and made people laugh”. Moore revealed last month that Tipping was also an organ donor, and that his “selflessness” saved lives. Tipping is survived by