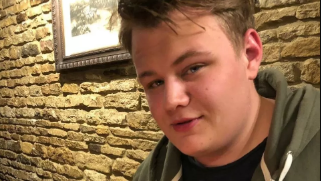 Anne Sacoolas, 45, appeared at Westminster Magistrates’ Court via video link from the United States. Dunn, 19, died following a collision outside a US military base in Northamptonshire in August 2019. She was granted unconditional bail and the case will be heard at the Old Bailey on October 27.

The US administration asserted Ms Sacoolas’ diplomatic immunity on her behalf after the collision near RAF Croughton and she left the UK 19 days later. Harry Dunn’s family, including his parents Charlotte Charles and Tim Dunn, and his twin brother Niall, were in court for the arraignment.

Harry Dunn Cause Of Death

At the six-minute hearing, the defendant spoke only to confirm her name and date of birth as she followed the proceedings with her attorney, Amy Jeffress. Chief Magistrate Paul Goldspring told Ms Sacoolas that she would be required to appear in person at the Old Bailey. But he said that could change as there would be a joint request to allow Ms Sacoolas to appear again via video link.

The chief magistrate told the accused that the application would be decided by the crown court judge. The decision to charge Ms Sacoolas with the offense was made by the Crown Prosecution Service (CPS) in December 2019. This is the first time the case has been heard in a British court, following a diplomatic row between the two governments. The Dunn family said they would not comment on the case until the conclusion of the criminal proceedings.