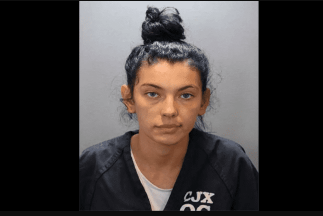 On Tuesday, September 27, Hannah Star Esser was charged with the murder of Victor Anthony Luis by Orange County prosecutors. Esser, 20, allegedly ran over Luis, 43, in Cypress with her Honda Civic after seeing what she believed to be the attempted murder of a cat, according to prosecutors.

Prosecutors say that on Sunday night, Sept. 25, while Esser was driving near Oak Knoll Park, she thought she saw a man attempting to run over a cat with a pickup truck. She allegedly approached the man while filming his foul-mouthed outburst on his cell phone. Esser and Luis got out of their cars during the argument in the 9700 block of Graham Street around 8:30 p.m. m. According to a press release from the prosecution, Esser got back into her car, “made a U-turn, accelerated and drove directly toward” Luis.

Prosecutors say she hit him with the right front of her car, sending it flying into the hood and windshield before flipping several times and landing in the street. At the scene, he was pronounced dead. Later that night, Cypress officers arrested Esser.

Both Esser’s cell phone video and CCTV footage of surrounding houses are being examined by the prosecution. Relatives affirm that Luis died in front of the apartment building where he lived. They issued a statement through a spokesman, Tony Ferguson, and are raising money for burial costs.

“We are devastated by the loss of Victor, a loving father of five daughters, a precious son, brother, friend and cousin. This senseless act of violence has robbed the world of a bright light that will never be forgotten,” the statement said. by family members read. Angélica Moraga, the organizer of the fundraiser, wrote the following in the statement: “On Sunday, September 25, we lost Víctor Anthony Luis in a tragic and senseless act of violence. He was a gentle soul, as well as a loving son. , father and brother. who did not deserve this. He leaves behind a loving family and 5 daughters. Any assistance will go towards his funeral expenses and his family.”

Esser could receive a sentence ranging from 25 years to life if he is convicted. The prosecution believes that she did not know Luis. Todd Spitzer, the Orange County district attorney, described the incident as “a random act of violence directed at a stranger” and said, “This action showed a complete disregard for human life.” Esser is in custody on $1 million bond and will be charged Oct. 13.