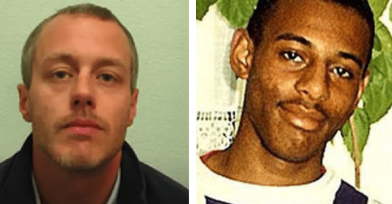 One of the men convicted of killing Stephen Lawrence reportedly acquired a cell phone while inside the prison and texted selfies to his friends. Prison officers allegedly found a mobile phone hidden inside 46-year-old David Norris via X-ray. Norris was detained at Dartmoor Prison and is one of two men convicted of stabbing Stephen Lawrence to death on April 22, 1993 in Eltham, southeast London.

Prison guards initially searched Norris’s cell this week but were unable to find anything significant, according to MailOnline. However, a subsequent X-ray revealed a “large rectangular object” lodged within his body, which was ultimately determined to be a smartphone. A source revealed to the Daily Mail that it was an HTC device. Officials are now reportedly looking into the contents of the phone to determine who Norris had communicated with and how he came into possession of it.

A Prison Service spokesman told MailOnline: “A phone has been recovered and we are continuing to investigate.” According to the Daily Mail, Norris had been using her smartphone to contact and text friends, access Facebook and watch YouTube videos while in prison. He had also been sending images of himself from his prison cell to people outside. He reportedly posted a photo of himself behind bars wearing Top Gun-style aviator sunglasses with his TV and Xbox gaming console in the background.

Norris also reportedly announced his hopeful release from custody on WhatsApp, writing that he would “be coming home in 2 to cheer you all on.” However, after this new discovery, Norris could face further punishment depending on the outcome of the investigation. According to Daily Mail, he will be stripped of various privileges and he could be transferred to a tougher and higher security prison in the coming days.

Five men were initially detained by police in connection with the racially charged murder of 18-year-old Lawrence. In 2012, Norris and Gary Dobson, 47, were found guilty and jailed for life. Dobson received at least 15 years and two months behind bars, while Norris was told that he must serve at least 14 years and three months before being considered for release. In May, then-Attorney General Dominic Raab blocked an attempt to transfer Norris to an open prison over fears he would still pose a risk to the public.

A spokesperson for the Prison Service explained: “We do not tolerate illicit phones in prison, and inmates who come across them should expect to spend more time behind bars. We have invested £125 million in stronger prison security measures, including X-ray body scanners that have intercepted more than 20,000 smuggling attempts behind bars in the last two years.”