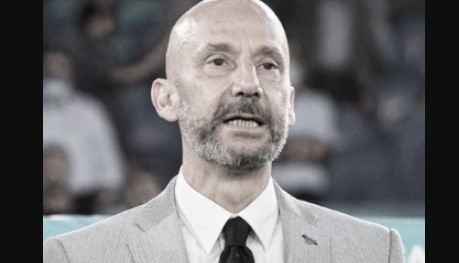 Chelsea have spearheaded tributes to former player and manager Gianluca Vialli following his death aged 58. Vialli, who joined Chelsea in 1996 and helped them win the FA Cup at the end of his first season before leading the London club to both League Cup and UEFA Cup Winners’ Cup glory as player-manager the following season, he had been undergoing treatment for pancreatic cancer.

“You will be missed by so many. A legend for us and for all football. Rest in peace Gianluca Vialli,” read a Chelsea tweet on Friday after the Italian Football Federation confirmed the news of his death. The club’s Supporters’ Trust (CST) described Vialli as a “fundamental pillar” at the start of a trophy-laden era at Stamford Bridge. “Even after his time at Chelsea, Gianluca was Chelsea through and through,” a CST statement read.

Gianluca Vialli Cause of Death

“He was a frequent visitor to Stamford Bridge and everyone at our football club loved him.” Vialli began his career at Cremonese, his hometown club, before starring in Serie A with Sampdoria and Juventus, and ended his playing career at Chelsea before moving into management and coaching.

He scored 16 goals in 59 appearances for Italy and was part of the Azzurri’s 1986 and 1990 World Cup teams. In recent weeks it was announced that Vialli would step down as head of delegation for the Italian national team to focus on his treatment for pancreatic cancer.

He had recently met in the Italy setup with head coach Roberto Mancini, his former strike partner at Sampdoria, and Vialli hoped to resume his role in the national team. Vialli announced that he had undergone radiotherapy and chemotherapy in November 2018, having been diagnosed with cancer a year earlier.

He initially received the go-ahead in April 2020, but in December 2021 he announced that the disease had returned. Explaining his decision to suspend his participation in Italy, Vialli said on December 14: “The goal is to use all my psychophysical energies. help my body to overcome this phase of the disease, to be able to face new adventures as soon as possible and share them with all of you.”

La Sampdoria wrote on Friday in an emotional article: “You gave us so much, we gave you so much: yes, it was love, reciprocal, infinite. A love that will not die with you today. We will continue to love and adore you because, as you well know, you are better than Pelé. And because, despite everything, our beautiful season is destined to never end.”

They added: “We will remember you as a child and a relentless center forward, because the heroes are all young and beautiful and you, since that summer of 1984, have been our hero. Strong and beautiful, with that 9 printed on the back and the Italian flag sewn on the heart.

Graeme Souness, who played alongside Vialli at Sampdoria, paid tribute to him on Sky Sports. Souness, visibly moved, said: “I can’t tell you what a nice guy he was. Forget football, he was just a beautiful soul. He was just a really nice human being.

“He was just fabulous to have around. He was such a fun guy, full of mischief, a wonderful footballer and a warm human being. Things will be said about his magnificent footballing ability, and rightly so, but above all, what a human being.

My condolences to his family: the children were blessed to have such a father, his wife was blessed to be married to such a man.” The president of the Italian football federation, Gabriele Gravina, said: “Gianluca was a wonderful person and he leaves an unfillable void, in the national team and in all those who appreciated his extraordinary human qualities.”