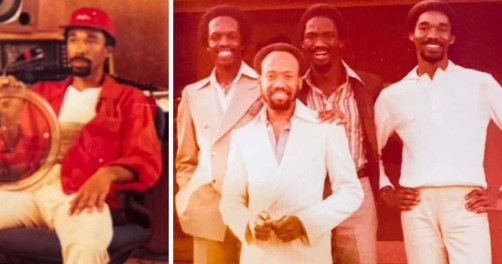 Earth, Wind & Fire drummer Fred White, who played with the group from 1971 to 1984, is no more. He died on Sunday, January 1 at the age of 67. His brother and bandmate Verdine White made the announcement via Instagram but did not reveal the cause of death.

Verdine wrote: “Dear family friends and fans… Our family is saddened today by the loss of an incredible and talented family member, our loving brother Frederick Eugene “Freddie” White. He joins our brothers Maurice, Monte and Ronald in heaven and is now drumming with the angels!”

Fred White  Cause of Death

He further added: “Shelter child, member of EWF ORIGINAL 9, with gold records at the young age of 16! He was the number 4 brother in the family lineup. But more than that at home and beyond, he was the wonderful brother That was always entertaining and deliciously mischievous!

And we could always count on him to make a seemingly bad situation more joyful! He will live in our hearts forever, rest in power beloved Freddie!” American singer-songwriter Lenny Kravitz recalled to White, who began playing drums at the age of nine, as a “true king.”

Commenting on Verdine’s Instagram post, Lenny wrote: “Sending my love and deepest condolences to you and your family. I was blessed to have been in his presence and to have been influenced by him. A true king. Rest assured in the power”.

Earth, Wind & Fire, which began in 1970 under the direction of singer Maurice White, also paid tribute to Fred on their official Instagram page. “In memoriam: Fred White, 1955-2022. Seen here playing solo during our performance of Runnin’, during our 1979 Tour of the World, at Rockpalast in Essen, Germany. Rest in love,” the band wrote.

The band’s most successful period began with the 1975 album ‘That’s The Way of The World’. Other hits included ‘Serpentine Fire,’ ‘Shining Star,’ and ‘Got to Get You Into My Life,’ among others. According to the BBC, the band won six Grammy Awards and four American Music Awards, was inducted into the Rock and Roll Hall of Fame in 2000, and earned a star on the Hollywood Walk of Fame.

Read Also: Who was Taylor Goodridge? Wiki, Biography, Age, Family, Cause of Death