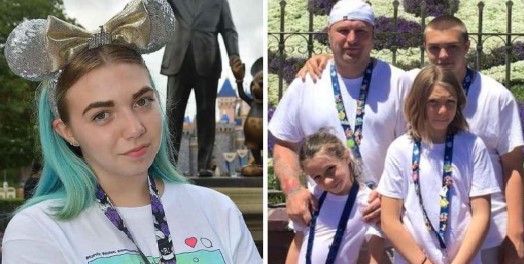 The father of a boarding school student who died in Utah has filed a lawsuit, alleging that the institution ignored his daughter’s pleas for “severe pain” in the days before she passed away. Taylor Goodridge, 17, died on December 20 after collapsing at Diamond Ranch Academy in Hurricane, Utah.

According to his family, she had sepsis from an undiagnosed illness. Dean Goodridge, Taylor’s father, sued the school in late December and, as a result, the Utah Department of Health and Human Services placed the school on probation.

Taylor Goodridge  Cause of Death

Dean claims that staff advised the 17-year-old to “hang in there” and suggested that she was compensating for her abdominal pain by drinking water and taking aspirin, which caused her to once briefly fall into her own vomit. According to her website, Diamond Ranch Academy is a “therapeutic boarding school” that helps teens with a variety of issues, including major depressive disorder and anger management issues.

The teen’s official cause of death has yet to be determined or disclosed. According to the Daily Mail, Taylor fell ill on December 20 and passed out inside the institution. Taylor was pronounced dead by EMS personnel when they arrived. The girl’s father claims in the lawsuit that she complained to staff of sharp pain in her abdomen for weeks beginning in November.

Dean also complains that, in response, the school and her employees claimed that she was faking her illness even though she briefly blacked out just before tragically dying. The girl’s illness was not treated or taken seriously by the school, according to the lawsuit filed by Alan Mortensen, who represents Dean. According to her father, Taylor was in “very good health” when she entered the institution. ”

Here’s this young teenager being sent to Utah from Washington state to try to help put her life back together,” Mortensen said. “And before you know it, she died of what we think will ultimately turn out to be sepsis. And without explanation,” the lawyer told Fox News.

In the weeks before her death, Taylor reportedly complained of her agony and implored officials to help her, according to her father’s lawsuit. School staff ignored Taylor despite the fact that she had passed out in her own vomit and that her abdomen was “extremely distended for others to notice.”

Dean says, through his lawyer, that he believes his daughter’s treatment may be indicative of what other children go through who “are often ignored or told they are faking their illnesses.” Mortensen further claims that school officials informed the teen’s family that she had suffered a heart attack and that she had been taken to the hospital where she ultimately died.

Her family believes sepsis from an undiagnosed abdominal problem caused her death. According to the lawsuit, the father trusted the school enough to send his daughter there after reading the assurances she made. “We recognize how difficult it was to make the decision to intervene on behalf of her son,” the Diamond Ranch Academy Parent Handbook says, according to the lawsuit.

“We also recognize how difficult it is to leave your child’s care in the hands of another. Have peace of mind knowing that we take our responsibility very seriously,” says the manual according to Daily Mail. In addition, the institution assures parents that it “will treat each student as if they were our own daughter or son.” In a statement, Diamond Ranch Academy said: “

We are fully and transparently cooperating with the State of Utah as they investigate this tragedy. Student safety is our number one priority and we continually strive to provide the best possible care for our students and families.” Taylor’s father is asking for a jury trial.

The lawsuit requires the academy to pay the cost of attorneys’ fees, as well as general and specific damages to be decided by the jury. Additionally, Diamond Ranch Academy is being asked to pay punitive damages in “an amount sufficient to punish DRA and deter DRA and others in similar situations from engaging in such conduct in the future,” according to the family.