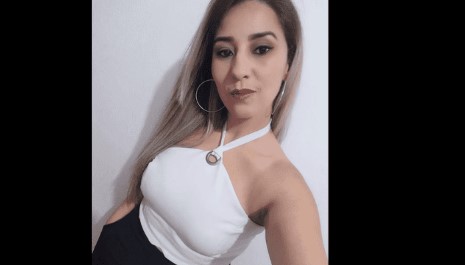 A terrifying video shows the moment a Brazilian mother of two dies during a New Year’s Eve celebration after a firecracker caught on her clothing and exploded. Elisangela Tinem, 38, tragically died after she and her two children decided to watch fireworks on the Brazilian beach of Praia Grande, Sao Paolo, to welcome the New Year 2023.

Little did they know that the celebration would turn into a murder investigation. The shocking images show crowds of people gathering on the beach while fireworks can be seen in the sky. But suddenly, the camera catches the moment a firework lands on the ground with a strong beam of light, followed by a loud bang.

Elisangela Tinem  Cause of Death

Many people, including the cameraman, flee and it later turns out that the firecracker fell on the mother of two, killing her in front of her two children, the Daily Mail reported. Witness Luiza Ferreira, 20, spoke of the horrible situation and said that she saw a flash of light before everyone started screaming and suddenly she noticed a bleeding woman on the ground. ”

I saw a big flash just as it was midnight and I was hugging my mom and then everyone started screaming.” “I saw a woman lying on the ground bleeding when I went to look and the child that was with her was also on the ground,” according to the source. ”

Other people were running to get away from the area.” The victim’s 41-year-old cousin told police she believes the unauthorized fireworks got caught in her clothing and exploded before the victim had a chance to remove them. The homicide is being investigated after it was confirmed that the fireworks had not been lit by Elisangela Tinem or her family.

If the suspect responsible for setting off the fireworks that killed the 38-year-old man is caught, he could face manslaughter charges. A friend wrote of the heartbreaking incident on social media: “I can’t believe what happened.” “My love to the whole family. Please God comfort your hearts at this terrible time. I’m praying for you,” the source said.