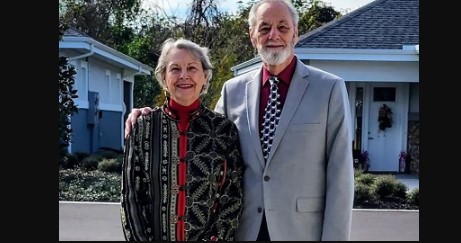 A couple living in a central Florida retirement community was found dead in their home, and a woman seen driving the couple’s car was arrested, authorities said. The couple, Darryl Getman, 83, and his wife, Sharon, 80, are believed to have been killed Saturday at their home in Mount Dora, Florida, about 30 miles northwest of Orlando.

A woman found driving the couple’s car was arrested for vehicle theft. Authorities did not identify her or say where she was arrested.The woman entered the apartment complex where the couple lived Friday afternoon, “dressed in a particular way,” and was escorted out by security, Acting Mount Dora Police Chief Mike Gibson said Tuesday at a news conference. press.

Darryl Getman  Cause of Death

Later that night, she went to an apartment in the retirement community and asked the resident if she could take a shower. The resident pressed a security panic button and the woman fled, the police chief said. Gibson said the woman somehow made it back to the gated community, CBS Miami reported.

“I understand there are some holes in the back fence,” Gibson said. About three hours later, late Saturday, security camera video captured Getman’s car being driven out of the retirement community. The bodies were discovered Sunday after a concerned neighbor called security when he saw the couple’s garage door open.

In a family statement issued by police, the children of the slain couple, Anthony and Brittany Getman, said they were “stunned, devastated and heartbroken by the horrific murder of our parents.”

“If there are words to describe what has happened and its impact on our family and community, we have not found them,” they said. “Mom and Dad had been Mount Dora residents for over 20 years and really loved the area. They enjoyed their golden years by staying active and spending time with their many friends.”

Many of the slain couple’s neighbors told CBS affiliate WKMG-TV that they are devastated by the loss and remember the couple’s impact on the community. “They gave donations to various charities and to the children’s hospital,” former neighbor John Kaltenbach told the station.

CBS Miami reported that Waterman Village issued a statement Wednesday saying they are shocked and saddened by the recent deaths of their residents and that they are “fully cooperating with law enforcement authorities and have additional police presence on the property.”