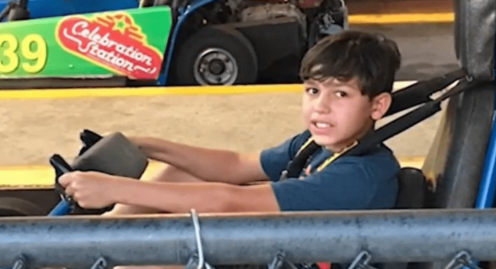 A 13-year-old boy died just days after he was diagnosed with respiratory syncytial virus, leaving his family shocked and devastated. Daniel Maifield, of El Reno, was first diagnosed with RSV in an urgent care unit on Saturday, November 12. but he progressively became ill and began to have trouble breathing. His family then rushed him to City Hospital, where he was pronounced dead on Wednesday, November 16.

Maifield, a seventh grader at Etta Dale Junior High School, even had autoimmune deficiency disorder, his grieving family revealed. His death has left his family and friends devastated. He was one of the only kids in his large, blended family, and he was quite the daredevil with a passion for riding dirt bikes. “I missed when he would bother me all the time,” Maifield’s sister Kambry said, according to KOCO news 5.

Daniel Maifield Cause of Death

“Every time I saw him weak, I would feel so sad for him.” He was getting so weak that he could barely speak… as if he had a swollen tongue. You could barely understand what he was saying,” she added. El Reno Public Schools officials also mourned the teen’s death, remembering him as a child with a “sweet smile.”

“Common sentiments from the many staff members he came across over the years included his sweet smile, how he made them laugh, and most of all, they will miss his hugs. He had an impact on our staff and students and he will be missed.” a lot”, A. Facebook post of them read.

The school district even had its crisis team at the middle school throughout the week to offer mental support to students and staff. “He always wanted to make people laugh and smile,” Superintendent Matt Goucher said, adding, “He was one of those special students that has affected all of us very much.”

The boy’s family held a service at 11 am on Saturday, November 19 at Huber-Benson Funeral Home. As a tribute to Maifield, a procession of dirt bikes will drive the hearse to the cemetery. This is not the only life that RSV claimed. Earlier, the California Department of Public Health reported the first death of a child under the age of five from influenza and RSV. “

This tragic event serves as a stark reminder that respiratory viruses can be deadly, especially in very young children and infants,” said Dr. Tomás Aragón, State Public Health Officer and CDPH Director. “We are entering a busy winter virus season, with the spread of RSV, flu and covid-19, and we urge parents and guardians to get their children vaccinated as soon as possible against flu and covid-19” he added.