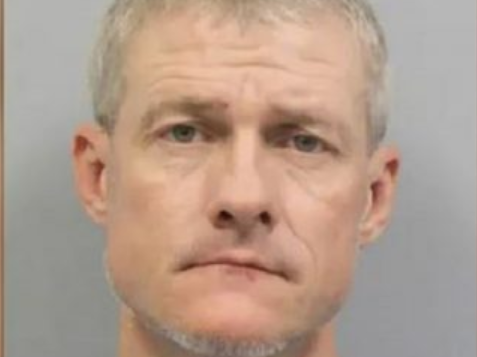 McNett, 50, was charged with murder following the crash that killed Wayne Childers on February 9, 2018. McNett drove his company-owned pickup truck through a stop sign at the intersection of Tegle Road and Boudreaux Road, according to police. The truck crashed into Childers’ car, killing him.

McNett suffered minor injuries in the accident. Police found alcohol in the truck, and McNett’s blood alcohol content was measured at 0.312, nearly four times the legal limit. Police initially said McNett would be charged with manslaughter.

The charges were upgraded to murder because McNett had previously been convicted of DWI five times in the 26 years before the accident. The convictions occurred in a period dating back to 1992 and occurred in Harris, Johnson, Kimble, McLennan and Tarrant counties. Combined, the convictions sentenced him to a total of 17 years in prison.

After a drunk driving arrest in McLennan County in 2012, he received a six-year prison sentence. He was paroled in early 2015. At the time of McNett’s arrests, prosecutors called McNett’s ability to hold a driver’s license a “failure on every level.” McNett had a valid license at the time of the accident because state statutes limit license suspensions to a maximum of two years. McNett’s suspension time ran out while he was in prison.

In a statement, prosecutors said they would seek a life sentence for McNett because he could still pose a threat to people if he is ever released. McNett is scheduled to be sentenced on November 16, according to the district attorney’s office. McNett was being held at the Harris County Jail Monday night, according to jail records.