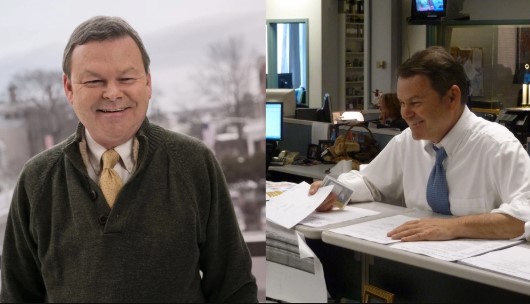 Chris Rose, a veteran television journalist, died of cardiac arrest on Wednesday, January 12 at the age of 63. Chris worked at News Center Maine for over thirty years and earned a reputation for being dedicated and dependable. The Portland television station announced the journalist’s death Thursday afternoon through a post on its website.

The ad read: Chris Rose wrote about several high-profile events, including the 2013 Boston Marathon bombing and the sinking of El Faro in 2015. He also covered national stories involving people from Maine.Chris Rose also covered  notable stories like that of Hollywood actor Robin Williams, who once came to Maine to film a movie.

Chris Rose Cause of Death

According to News Center Maine reports, Chris is survived by his two daughters, Miranda and Duffy. Chris’s colleagues and other television station staff described him as an unflappable and dependable journalist who could produce accurate and compelling stories under pressure and on short deadlines.

He worked at WBZ-TV in Boston as a writer and producer. He later joined the Maine News Center, where he devotedly worked for more than three decades. Chris began working for WCSH as a news producer in 1986. He then followed his fate and began working as an on-camera news reporter.

According to his colleagues, Chris gave his all to every story, no matter how serious, interesting, or important the topic. Chris’ work and dedication did not go unrewarded when he was inducted into the Maine Broadcasters Association Hall of Fame in 2017.

Pat Callaghan wrote in 2018 that if ever a reporter at the News was given an MVP award Center, Chris being nominated every year. After leaving News Center Maine, the veteran journalist joined the University of New England in Australia and worked as a public relations strategist. Many people who knew the journalist and followed his stories took to Twitter to share his sadness at his passing.