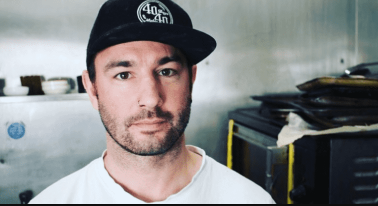 Lee Skeet, a chef from the UK, reprimanded a group of wealthy diners for behaving inappropriately with the waitress and banned them from visiting the restaurant again. “I think we should start calling out rich people who think they can treat people like trash,” said Skeet, chef at Cora in Cardiff, UK. On Twitter, Skeet posted an email in which he addressed arrogant diners.

Regardless of the fact that they had paid his highest restaurant bill ($1,200), he called out the group of customers in the tweet and defended his co-worker that he was being bullied. He also provided an example of a positive workplace at a time when workers are leaving their jobs due to poor working conditions and supervisors.

Skeet’s email began, “Dear xxxxxxx, First of all I wanted to thank you for choosing my restaurant for your meal tonight, and I understand you had the largest bill we’ve ever had at a table here. Unfortunately all night, She was aware that her group’s behavior was inappropriate towards Lily, who runs front of house.”

“She told me that when she was a 22-year-old girl, members of her group looked down on her, disrespected her and inadvertently touched her,” Skeet continued, saying the incident left her traumatized. “I spent the last hour having conversations with her that break my heart, make me feel like a shitty employer and a terrible father, having a daughter of my own.”

“Provide your bank details and I will refund the entire £1000 bill minus the £100 I think I should have tipped Lily, which I will pay directly to her as she did not tip. I would appreciate it if you never come back to my restaurant. Lily It means a lot more to me than money.

I also think you have to evaluate the people you surround yourself with, Lee,” Skeet concluded. Chef Lee Skeet subsequently stated that the wealthy diners did not deserve a refund from his tab and chose to give Lily the $1,200 instead. He tweeted: “On reflection, I reacted too quickly and emotionally last night.

Sorry I was a little angry and protective. I’m not refunding the client’s money. Instead I saved it and transferred it to Lily x.” Cora Restaurant is a small dining room with capacity for 12 people that offers the best seasonal products available every day. Visitors receive an arranged tasting menu. Skeet, who previously worked for Gordon Ramsay, gained recognition in 2017 when he came dangerously close to death after being hit by a crane.