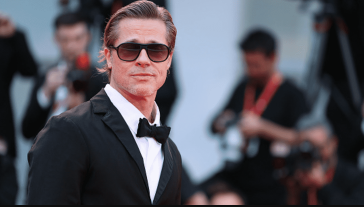 Angelina Jolie filed a cross complaint against her ex-husband Brad Pitt on Tuesday, October 5, accusing Pitt of smothering one of their six children, punching another in the face and even becoming violent with her in a fit of rage. In defense of the star, a representative for Pitt, who was not authorized to speak publicly, strongly denied Jolie’s accusations, calling them “another rehash that only hurts the family.”

However, it seems that his representatives are not the only ones who defend him. In the wake of new details emerging about the flight incident, which was first reported in 2016, accusations that the mainstream media and its PR team are protecting Brad Pitt’s public image have resurfaced online. . Earlier this year, journalists Elaine Lui and Omid Scobie investigated the mainstream entertainment media and accused them of favoring the ‘Bullet Train’ actor.

The accusations came to the fore after social media compared Pitt to Johnny Depp and highlighted that Brad hired celebrity lawyer Matthew Hiltzik, a famed public relations and crisis expert, to smear Angelina’s name. In August of this year, an FBI report appeared online in which Jolie spoke about Pitt’s abusive behavior towards her and her children.

In response to the FBI report, journalist Omid Scobie, who was working at Us Weekly when Brad Pitt and Angelina Jolie filed for divorce in 2016, accused the media of silencing and editing details that were damaging Pitt’s public image. “The details of this FBI report are sad, but I am glad they have come to light.

At the time, Pitt’s team did a LOT to make sure the likes of People, Us Weekly, and others made him look good (and ruled out anything that might help Jolie). Much of my reporting was silenced,” read a tweet Scobie made on August 8. The details of this FBI report are sad, but I’m glad they came to light.

At the time, Pitt’s team did a LOT to make sure the likes of People, US Weekly, and others made him look good (and ruled out anything that might help Jolie). Much of my reporting was silenced. https://t.co/rotJazOAVZ Scobie’s claims were backed up by TV personality Elaine Lui, who also wrote a number of articles specifically about the magazines and their coverage of the ‘Brange split’ and how she was leaning in favor of Brad Pitt.

In one of many articles on Lui’s website, Lainey Gossips stated: “some of the bigger entertainment outlets seemed to be editing their reports and removing details that hurt Brad (like PEOPLE) and others like Us Weekly were burying or downplaying details that were detrimental to Brad because they didn’t fit the narrative they had on their covers.”

Lui also claimed that the strategy of making the entertainment media favor Brad Pitt was another tactic by public relations and crisis expert Matthew Hiltzik. Pitt had recruited Hiltzik just after his divorce from Jolie and it is presumed that he is still working for Brad.

“Team Brad’s PR message is to convince people that Angelina’s motivation here is to just screw him so no one considers the possibility that her focus isn’t really on him but on the kids and a system that’s already broken. has been shown to put women and children at a disadvantage,” Lui wrote in an article.