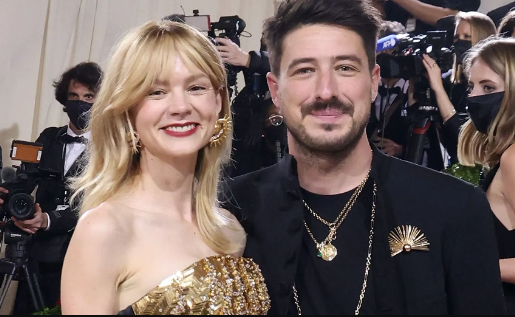 English actress Carey Mulligan is expecting her third child with her musician husband, Marcus Mumford. On January 14, People magazine reported that a rep for the 37-year-old star confirmed the news to the publication. Ulligan flaunted her baby bump on Jan. 13 as she appeared on the AFI Awards red carpet in Los Angeles for her film, She Said. For the evening, the actress donned a form-fitting black dress with cape sleeves and posed with her co-star Zoe Kazan.

Carey and Marcus are already the parents of two children, Evelyn Grace Mumford and Wilfred Mumford. According to Vogue, Carey Mulligan and Marcus Mumford first crossed paths in the late 1990s when she was 12 years old. While the duo managed to keep the details of their relationship private, the 35-year-old musician revealed that they met at a Christian youth camp and later became pen pals.

While speaking to GQ magazine, Mumford said: They’ve lost contact, but Carey Mulligan has revealed to The Telegraph (via Bustle) that she has kept those letters close. According to the Daily Mail, the duo reconnected during a Mumford & Sons concert in Nashville in February 2011. A source revealed at the time:

The incident occurred just months after the Great Gatsby star split from her boyfriend, Shia LaBeouf. Mulligan was later seen attending the group’s concert at the UK’s St. Magnus Cathedral, where she was reportedly seen kissing and hugging in public.

A source told People magazine: In August 2011, Carey Mulligan and Marcus Mumford got engaged, US Weekly reported. The move came four months after Mulligan moved to the UK from New York to live with the musician.

On April 21, 2012, Mulligan and Mumford were married in an intimate farm wedding in Somerset, England, attended by some 200 guests, including Hollywood personalities such as Sienna Miller, Jake Gyllenhaal and Colin Firth.

In 2015, it was reported that the duo was expecting their first child together. In September of that year, they welcomed their daughter, Evelyn Grace, but they did not reveal many details about her little girl.

In June 2017, it was reported that Mulligan was expecting her second child after she was spotted wearing a loose black top in public. Two months later, they welcomed her son, Wilfred. Although the duo like to keep their relationship out of the spotlight, they have made rare red carpet appearances over the years.