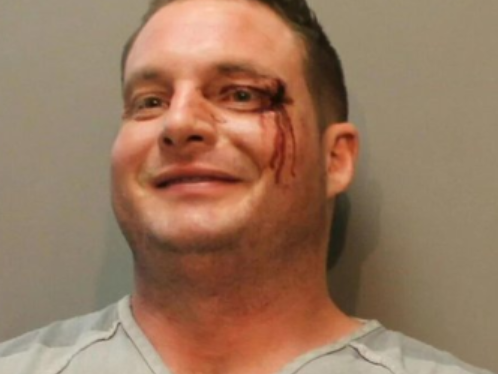 The defeated Republican candidate for the South Dakota House of Representatives was arrested in Pennington County on Sunday for allegedly committing second-degree rape. Bud Marty May, 37, of Kyle is being held without bail in the Pennington County Jail in Rapid City for rape in the second degree, which South Dakota law defines as rape by use of force, coercion or threats of immediate and serious bodily harm.

Harm against the victim or others within the victim’s presence, accompanied by apparent power of execution. He was booked into jail at 4:03 a.m. Sunday. If she is charged and convicted of the class 1 felony, May could face up to 50 years in prison and pay a fine of up to $50,000. May put her hat in the ring for one of two House seats in District 27, which includes Bennett, Jackson, Oglala Lakota and Pennington counties.

Bud Marty May is 37 years old.

He appeared in Pennington County court Monday morning via jailhouse video conference before Magistrate Judge Sarah Morrison on two misdemeanor charges of driving without valid insurance and expired plates in September. Morrison set a disposition conference for 1 p.m. December 8 May to meet with prosecutors and present proof of registration and insurance.

May told the judge that she was under the impression that she was appearing because of his recent arrest for the alleged rape. Morrison informed her that she will appear in court at 10 a.m. Tuesday if the state decides to move forward with the charges and that he legally can stay in jail up to 48 hours before appearing in court, excluding holidays and weekends.

May has three outstanding warrants for her arrest with the Oglala Sioux Tribal Department of Public Safety that originated before the election. Two are from September 15 and one from October 26. Publicly available information does not show what the orders are for. Liz May did not respond to requests for comment on her son’s situation.