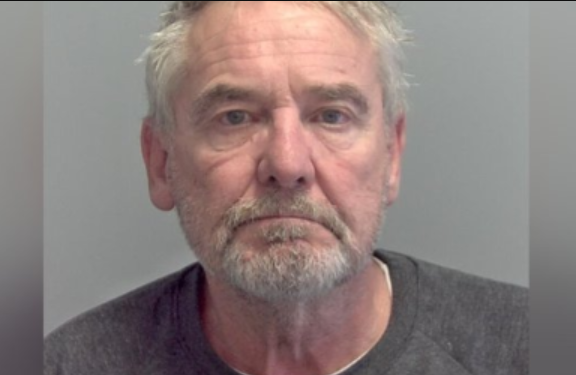 Malcolm Waite, 68, ran off the A149 near Stalham, went onto the pavement and struck a 16-year-old girl and Fenella Hawes. Despite attempts to save her life, the 20-year-old student from Stalham died at the scene. The teen miraculously escaped with minor injuries following the crash shortly before 4:30 p.m. m. of July 31. Waite, of Meadow Drive, Hoveton, was jailed for eight years and banned from driving for 11 years after admitting he caused the death by dangerous driving.

Norwich Crown Court heard that Waite had not stopped continuing on the A149 for another mile before his Lexus RX SUV crashed into a traffic light and traffic signal. Four hours after the accident, he was recorded as having 120 mg of alcohol on his breath. PC Callum Walchester, who arrested him at the scene of the crash, said: “I’ve been a PC for 10 years and worked in highway enforcement for almost six years, and I was the drunkest person I’ve ever seen behind the wheel of a car. ”.

A car”. Officials calculated that this would have been approximately 158 micrograms, almost five times over the limit, had it been taken at the roadside after the accident. Prosecutor Chris Youell told the court that the two friends were walking home together after work when Waite plowed into them.

He said other motorists had described him crossing the road. After the accident, police found him slumped over the wheel with a half-drunk bottle of vodka in the vehicle. During the interviews with the police, he did not answer all the questions.

In an emotional statement read out in court, Fenella’s mother, Margaret, said: “I cry for the future she doesn’t have because a drunk man decided to get into a car, knowing it was a weapon that could kill someone, and in fact, he killed my 20-year-old daughter.

“She was a young adult starting her life and her bright future was snatched from her in seconds by someone she didn’t think or care about. “I cry because she was so happy: she was so beautiful inside and out, she was so alive and now she is not here, and she will never be here again. I never got a chance to say goodbye.”

Miss Hawes, who was studying natural sciences at Lancaster University, was subsequently awarded a first class posthumous degree. The court had heard Waite, a former computer electronics engineer, and his wife had moved to Norfolk from Leicestershire during the pandemic, but he moved after his behavior became erratic.

Andrew Oliver, mitigating, said that he had a long history of depression and alcohol. problems and that his wife had filed for a restraining order after he began “acting unreasonably” after stopping his medication. He said that he had tried to visit his wife before the accident and had been “irrational and meaningless.

“He feels intense remorse for what he has done. He knows that he has caused intense pain to Fenella’s family and friends,” Oliver said. After the sentencing, Detective Inspector David McCormack, from Norfolk Police’s Major Collision Investigation Unit, said:

“This is a tragedy and it was completely preventable.” the heartbreaking and devastating consequences of drink driving so evident in this case. Waite’s decision to drink and drive has changed lives forever. “The teenager who, along with Fenella, was walking home from work that day is traumatized by what happened.

“Waite will have to live the rest of his life knowing that he took the life of an extraordinary young woman who had so much to offer and so many things he wanted to achieve. He has caused so much pain to so many people.”