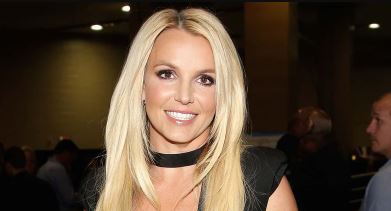 A day after deleting her Instagram account, Britney Spears released a 22-minute video on her official YouTube channel on Sunday, August 28, detailing the events of the past 15 years since her conservatorship began.

In the clip, the ‘Toxic’ hitmaker made a shocking revelation that during the period of her guardianship, she planned to flee the US with her secret boyfriend. However, the 40-year-old added that she went back on her plan out of fear that her father Jamie would lock her up or really hurt her if she found out about it. The YouTube upload was soon set to private by the singer and is no longer available to view.

Britney Spears, who recently returned to the music sphere with the Elton John duet ‘Hold Me Closer,’ according to The Daily Mail, said: “I was talking to a guy and he wanted to leave the country with me. We had everything ready to go.” And it was a secret relationship.” The singer added: “My biggest fear was what would my dad do? What if I did something wrong? What if I left the country? ‘What if they found me and what would they do?’ I said, I feel like I would be locked up or something or really hurt.”

The award-winning singer shared that she was told, “Britney, your dad would never do that.” For the inexperienced, it is not clear who Britney Spears was talking about, since she did not reveal the identity of her boyfriend. Speaking of lovers of hers, Spears has dated several men in the past. After splitting from her husband Kevin Federline in 2006, the singer dated photographer Adnan Ghalib in 2008 and that same year she began guardianship of her.

Britney Spears then dated her former manager Jason Tarwick from 2009 to 2013. The couple got engaged in 2011 before splitting. She then dated attorney David Lucado for a year, from 2013 to 2014. Spears also reportedly had a brief relationship with television producer Charlie Ebersol. The Mississippi native married Sam Asghari in 2022. She met the handsome hunk on the set of his ‘Slumber Party’ music video. Speaking of her now-deleted YouTube rant of hers, the singer also accused her parents of abusing her claiming that her controversial conservatorship was “set up” by her parents after an unidentified woman presented the idea.