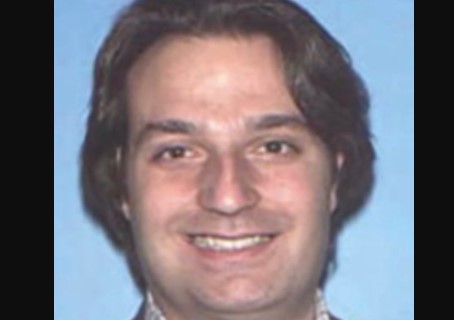 Cohasset, Massachusetts police returned to the home of missing mother of three Ana Walshe on Sunday. Fox News Digital obtained exclusive footage showing a man who appears to be Walshe’s husband, Brian Walshe, at the scene. He drives a red Volkswagen away from the house.

Three children were seen being transported in a separate vehicle, a gray Volvo, by whom they believe to be friends or relatives, away from the home, Fox News Digital can report. Law enforcement appeared to have removed the family from the home to investigate its contents.

Ana Walshe, 39, was last seen on New Year’s Day when she was reportedly expected to use a rideshare service at Logan International Airport in Boston to catch a flight to Washington, D.C., where she works for an international real estate developer and property manager.

Cohasset Police Chief William Quigley previously told reporters that investigators could not immediately confirm the rideshare picked up Walshe. Walshe’s phone has been off since New Year’s Day. She was reported missing by her employer, Tishman Speyer, a high-end real estate brokerage and property management company, and her family.

Several marked and unmarked vehicles arrived at Walshe’s current home located in the 500 block of Chief Justice Cushing Highway on Sunday morning. In an update provided to Fox News Digital Sunday afternoon, a Cohasset police spokesperson said that “the activity at the home this morning is a coordinated activity involving CPD and Massachusetts State Police personnel.”

The spokesperson also said that all future requests for information about Walshe’s case sent to the Massachusetts State Police and the Cohasset Police Department will be redirected through the Norfolk County District Attorney’s Office.

“Cohasset and Massachusetts State Police Detectives assigned to the Norfolk District Attorney’s Office return today from Washington, DC, where they sought any possible evidence or information regarding Walshe’s possible whereabouts,” the update said.

This comes a day after the ground search by Massachusetts State Police and Cohasset police officers was called off Saturday after returning “negative results for the second day in a row.” Police also said the cause of a fire at a nearby property previously owned by Walshe located on Jerusalem Road was “accidental.”

Fox News Digital also left voicemails for the Norfolk County District Attorney’s Office early Sunday, but did not immediately hear back. Friday’s fire was at a different property nearby that Walshe bought on Jerusalem Road in 2020 for $800,000 and sold for $1.4 million in March 2022, according to The Boston Globe. Police in Washington, D.C., also reportedly searched a townhouse Walshe owns there.

According to her Instagram, Ana Walshe grew up in Serbia. She shared a photo of the street where she said she grew up in Belgrade about five weeks ago. Fox News Digital contacted the Serbian Consulate in New York City on Sunday for more information, but did not immediately hear back.

Her husband, Brian Walshe, pleaded guilty in April 2021 to one count of wire fraud, interstate transportation for a fraud scheme, possession of converted property and illegal monetary transaction, according to the US Attorney’s Office for the District of Massachusetts. .

He allegedly took two authentic Andy Warhol “Shadow Paintings” from a friend in South Korea and then offered the art for sale on eBay. Brian Walshe allegedly delivered fake paintings to the buyer. The authentic paintings have yet to be turned over to federal custody, according to court records seen by The Globe.

Brian Walshe is still awaiting sentencing in that case, though Quigley said Friday there is no known connection to his wife’s disappearance.

In June, Ana Walshe wrote a letter to the presiding judge in which she credited her husband with saving the life of her mother, Milanka Ljubicic, after a “major neurological event” in December 2021, reported The Globe. Ljubicic, who lives in Serbia, also credited her son-in-law in a May letter of his own for her response now that she is about 95% recovered.

Read Also: Who was Chris? Wiki, Biography, Age, Family, Cause of Death