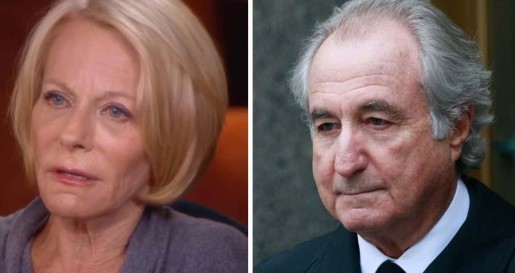 Netflix released a new documentary series called ‘Madoff: The Monster of Wall Street!’ on Wednesday, January 4, which revolves around Bernie Madoff, the con artist and financier who masterminded the largest $64 billion Ponzi scheme in history. Madoff was arrested on December 11, 2008 for misleading various Wall Street investors.

Told in four parts, there are unseen video statements from Bernie himself with an interviewee calling him “a financial sociopath, a financial serial killer,” claims The Guardian. Madoff said during a statement: “The prosecutor wanted me to make a deal with asked them to make some sort of deal by providing information on who else was involved in this fraud.

The belief was that I couldn’t be doing this alone, that there had to be other people involved”. Madoff deceived banks or companies in Spain, Scotland, Austria, Japan, Switzerland, the Netherlands, France, Italy, Portugal, Singapore. This included a pension fund for teachers in Korea, the founder of Bed, Bath and Beyond, the owner of the New York Mets, the International Olympic Committee, among others. Describing Madoff, docu-series director Joe Berlinger said:

“Over time, the aura of this story, and how it was originally reported, and how most people think about the story, is an evil genius. that he was so charming and manipulative he did all these terrible things the reality which is unreported and is a warning to everyone who has any type of financial assets in the market is that he got away with it because of a whole group of literal co-conspirators or people who should have known better.

” Joe, an Academy Award nominee who also produced “Jeffrey Epstein: Filthy Rich,” told the New York Post: “People feel that one of the reasons why where he [Bernie] was so willing to immediately admit his guilt, say it was all him, and going to jail was not an act of bravery. Instead of trying to obfuscate or find a legal way out or delay [a verdict], I think part of it was self-protection to avoid a mob attack.”

Madoff was sent to prison for 150 years in 2009, according to The New York Times. When he was sentenced, he stated, as quoted by the New York Post, “I have left a legacy of shame, as some of my victims have pointed out, to my family and my grandchildren. This is something I will live with for the rest of my life.” life. I’m sorry.

It was Madoff’s two sons, Mark and Andrew, who confronted his father about his concerns about the company’s finances in 2008 and then alerted authorities when his father admitted to their Ponzi scheme. Both sons have already passed away. Mark, the eldest, committed suicide in 2010 at the age of 46. And Andrew died of a rare form of cancer called mantle cell lymphoma in 2014 at the age of 48.

Bernie died in 2021 of End Stage Renal Disease and other chronic illnesses. medical conditions, the Associated Press reported. Bernie met Ruth Madoff in high school and married her in 1959, NBC News claims. She was only 18 years old. After her husband’s arrest for her fraud, she and her husband attempted suicide in 2008.

“I don’t know whose idea it was, but we decided to kill ourselves because it was so horrible what was happening,” she said. Ruth, quoted by NBC New York. After Bernie was convicted, he moved to Connecticut. In 2011, Ruth said during an interview with NBC’s TODAY show that she didn’t miss Bernie, adding that “the villain of all this is behind bars.”

Read Also: Who was Alexis Garth? Wiki, Biography, Age, Family, Cause of Death