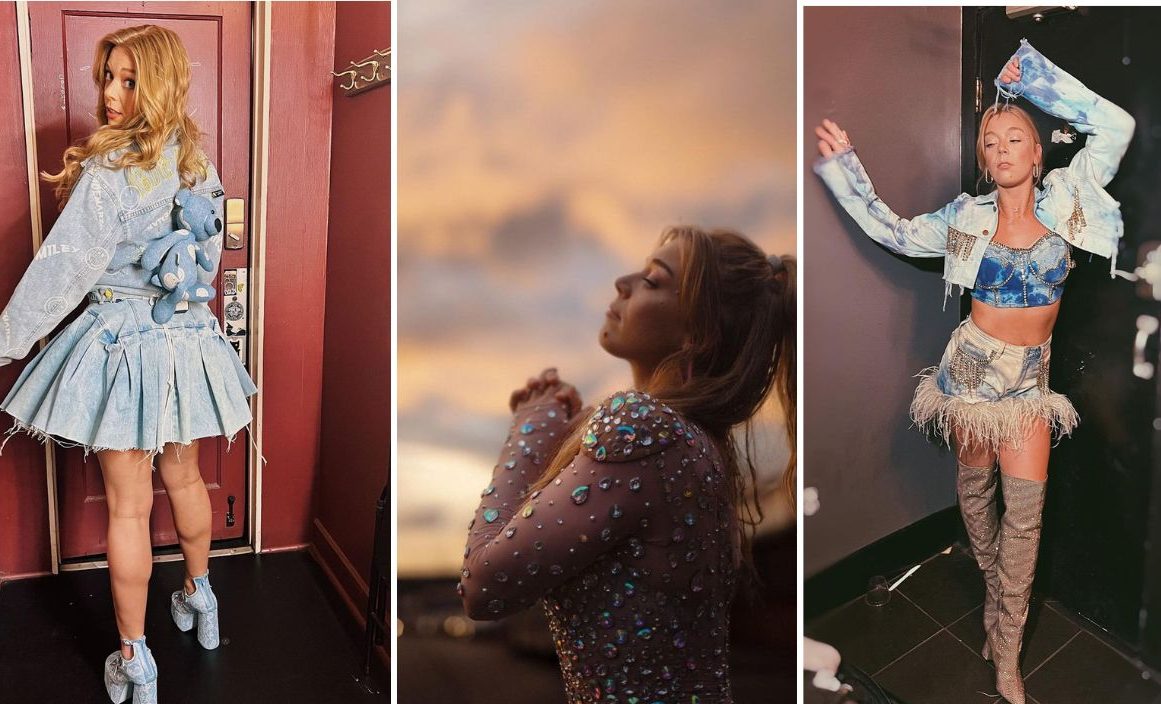 Rebecca Claire Hill is a British singer from Bewdley. She was born on February 14, 1994. She became well-known after she auditioned with John Legend’s “Ordinary People” on the first season of The Voice UK, which was then on BBC and is now on ITV. She joined Jessie J’s team and made it to the competition’s semifinals. On June 29, 2014, her song “Gecko (Overdrive)” with Oliver Heldens was the number one song in the UK. This made her the first and, so far, only The Voice UK contestant to do this. In 2022, she was nominated for two Brit Awards: British Song of the Year for “Remember” with David Guetta, which she won, and Best Dance Act.

On February 14, 1994, Becky Hill was born. She started making music when she was 14 and started playing in a band called Shaking Trees. Andrew Marston at BBC Hereford & Worcester chose her band to perform at the Nozstock Festival of Performing Arts, and Adam Green and Josh Withey at BBC Radio Shropshire did a live session with her band. Hill likes the football team Walsall F.C. In April 2021, she said on her Twitter account, “I’ve definitely felt uncomfortable labeling myself as straight, or anything else for that matter, but queer seems to be the best way to describe who I am.” On January 11, 2022, Hill used social media to tell her long-term boyfriend Charlie Gardner that she was going to marry him.

Hill has done a number of live performances for YouTube, including a web series called The Rebelations. She tried out for the first season of The Voice UK and sang “Ordinary People” at the blind auditions. Judges Jessie J and will.i.am, who were the only coaches with a spot open, turned around for her. She chose to stay with Jessie. During the battle rounds, she sang “Irreplaceable” against Indie and Pixie. She won the battle and moved on to the live shows. She made it to the semi-finals of the competition, but was then taken out of the running.

Since she was on The Voice UK, she has released covers of “She Wolf” by David Guetta and “Not Giving In” by Rudimental. She has also done “Last Request” by Paolo Nutini and “Too Close” by Alex Clare. Hill was on the Rudimental song “Powerless,” which was on their first album Home. She also sang in place of Ella Eyre during Rudimental’s sets at Glastonbury 2013, Bestival 2013, Wakestock 2013, and Lovebox 2013. Wilkinson’s song “Afterglow,” which Hill sang on and helped write, reached number 8 on the UK Singles Chart in October 2013. It also reached number 1 on the UK Dance Chart. On February 23, 2014, “Powerless” came out as a full single. The highest the song got on the UK Singles Chart was number 73. Together with MNEK, Hill sang on Oliver Heldens’ “Gecko,” which was renamed “Gecko (Overdrive),” and helped write it. The song went to the top of the UK Singles Chart on June 29, 2014, making her the first contestant from The Voice UK to do so.

On November 9, 2014, she put out a single called “Losing.” It was produced by MNEK and was meant to be the first single from her solo album with Parlophone Records at the time. The single went straight into the UK Singles Chart at number 56. “All of the Pieces,” the first song that Australian singer Reigan Derry released, was written with help from Hill. In July 2015, French house producer Watermat released a vocal version of his song “Frequency” with Hill as one of the lead artists. The song is now called “All My Love.”

Hill said early in 2016 that she was writing songs with CocknBullKid. In May 2016, she put out her first real single in two years. It was called “Back to My Love,” and rapper Little Simz sang on it. It was supposed to be the first single from her first album, but it ended up on her Eko EP, which came out in August 2017. She worked with a number of artists over the summer. Her first was on the song “Piece of Me” by DJ and record producer MK. The second was with Matoma on “False Alarm,” which was his first big hit. At the end of 2016, she announced that her EP would have a second single called “Warm.” It was written with MNEK, and Shift K3Y made it. She put out her third single, “Rude Love,” at the end of March 2017. MNEK helped to write and make the song. The music video came out in April, the same month that her official VEVO channel on YouTube went live.

Hill signed a worldwide publishing deal with Sony/ATV in May 2017, and she also hosted an episode of CBBC’s The Playlist. Hill then released a fourth single from the Eko EP called “Unpredictable,” along with the EP itself in August 2017 as the last release from her own independent label, Eko Music Limited. Karen Poole and MNEK wrote and produced the song “Unpredictable” together.

Hill said in August 2017 that she had signed a worldwide deal with Polydor Records and that her first album would be out in 2019. When she signed her record deal, her manager Alex Martin said “Becky’s career is at a very exciting point right now. The public hasn’t seen much of what Becky can do as a solo artist, so we were looking for the right partner to work with to show them more “.

In 2018, she put out the single “Sunrise in the East,” which was billed as the first song from her “rebooted” debut album.
Not long after that, she sang on songs with Marc Kinchen and Jonas Blue, like “Back & Forth.” This continued the next year with “I Could Get Used to This” with Weiss and “Wish You Well” with Sigala, which became her first top 10 hit in the UK Charts since “Gecko (Overdrive). She also wrote the song “All Day and Night” by Jax Jones, Martin Solveig, and Madison Beer. This was her first song to make it to the top 10 of the UK Charts. Hill played at Pride in London on the Trafalgar Square stage on July 6, 2019.

On September 24, 2019, Hill said on social media that she was putting out a “mini-album” with four new songs that Friday.

Before they were added to a compilation album, these four songs were going to be released on their own as an EP called “Fickle Emotions,” but that plan was scrapped.

On 5 August 2022, Hill collaborated with British DJ Joel Corry on the song “History”.