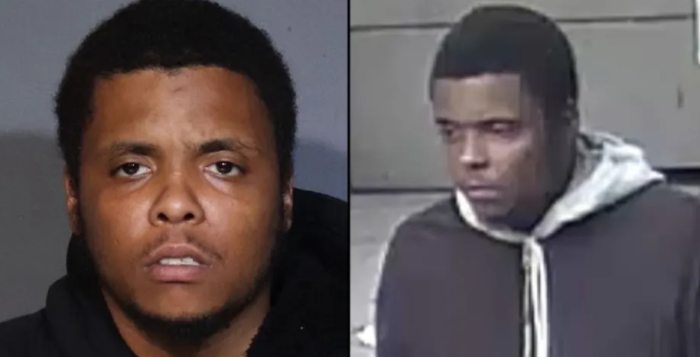 In an unprovoked attack in New York City, surveillance footage shows Anthony Evans cutting up a woman outdoors with a box cutter. He has been detained and faces a hate crime charge, according to authorities.

The victim, who was seen carrying a grocery cart in the footage, was attacked with a box cutter by the suspect, a black man wearing a black jacket and gray sweatpants, who approached him from behind. He later allegedly ran away, according to authorities.

Anthony Evans is currently charged with committing a hate crime and possessing a weapon after being arrested more than 30 times for charges including robbery, unlawful possession of a weapon and turnstile jumping.

Police have not yet determined what motivated the assault.

The 59-year-old Asian woman was assaulted by Anthony Evans and after the attack was rushed to Bellevue Hospital with a large gash on her right hand.

The victim’s daughter said her mother was happy no one else was hurt while discussing the arrest of Anthony Evans.

Initial video of the incident was released last week by the New York Police Department in an effort to identify the shooter. However, as of Monday they were still seeking information on his whereabouts. The NYPD also released a photo of Anthony Evans. Evans was captured, according to WABC, after being seen near the Port Authority Bus Terminal.

Authorities said as of Monday night that they were not investigating the incident as a hate crime. However, it is unclear what led to the associated allegations on Tuesday.

Asian-American advocacy organizations called for stronger action to curb hate crimes on Tuesday, especially as they have been on the rise recently.

The Post received a statement from Jo-Ann Yoo, executive director of the Asian American Federation, via email.

A man headbutted a 27-year-old while yelling anti-Asian slurs at him in Queens last month. A second incident involved the defendant kicking an Asian woman in Manhattan as she yelled “get out of our country.”