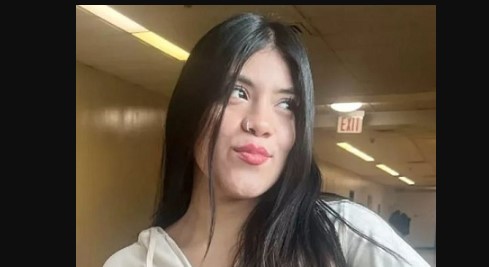 A young woman from Queens, Adamaris Garcia, went missing while on her way home to work on New Year’s Eve. On Saturday, the 21-year-old was last seen around 11:15 p.m. aboard a northbound N train to head to her home in Queens. A search investigation is underway by the New York Police Department.

So far, no arrests have been made. In addition, there is no information about the whereabouts of the girl. Her mother told Telemundo 47: “My daughter, I love her and miss her very much. She has to be here with us, ”added her mother, Amanda Robles. “Investigators say that they are going to go there to find out what happened through the cameras, to verify if she got off the train or took another train or what happened.

According to the statement her mother made to the police department, after getting off at 9:00 p.m. she from her usual weekend shift at Rue 57 in Midtown, hanging out with friends, and around 11:00 p.m. she got on the N train to head to the Queensboro Plaza station. After that, there was no whereabouts. Her cousin Tannia Illescas said:

“She Normally she doesn’t get off at Queensboro Plaza. Adamaris does not make transfers. She usually, she just takes the R, “Grace she is 4 feet 11 inches tall and weighs 115 pounds. Her hair color is dark and her body is slim. She was wearing a black long-sleeved suit, black and white tennis shoes, and black socks on the day she disappeared.

The New York Police Department is investigating whether she walked out of the station. They are asking people to let them know if they have any whereabouts of the missing girl. Anyone with information can call Crime Stoppers at 1-800-577-TIPS.

More than 13,000 people were reported missing in New York City last year. However, most missing persons cases were resolved quickly.