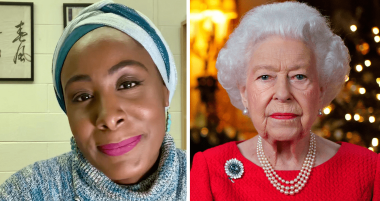 A Carnegie Mellon University professor has been in the news since it was revealed that Queen Elizabeth II’s health was deteriorating. At the time, Uju Anya had tweeted, which was later deleted: “Heard the head monarch of a genocidal, rapist, thieving empire is finally dying. May his pain be unbearable.”

Anya did not stop there, as after the monarch’s death on September 8, she said: “Queen Elizabeth was a representative of the cult of white femininity”, before stating: “There is an idea that she was an old lady like a grandmother with her little hats and her purses and puppies and everything, as if she inhabited this place or this space in the imaginary, this public image, as someone who did not have a hand in the bloodshed of her Crown.”

For her strong words, the woman who works in the Department of Modern Languages ??at CMU was heavily criticized. Jeff Bezos also criticized her, tweeting: “Is this someone who supposedly works to improve the world? She doesn’t look like me. Wow.” And, in her defense, Anya replied, “Otoro gba gbue gi. May all those whom you and your ruthless greed have harmed in this world remember you as fondly as I remember my settlers.

Not only hate though, Anya has also received love and support from many people online, as one Twitter user told her, “PROF UJU ANYA History will never forget you Just retweet!” Another wrote: “The irony is that, these are the same people crying today that President Putin is evil because of his attack on Ukraine, while he has not done 1/10 of what they themselves did to the Igbo people in 1967 – 1970. These guys are evil! I am with Uju Anya without hesitation.” “Professor. Uju Anya is quite right, they want us to shut up and maybe cry for the dead. Sad!! The queen mother sat at the head of the table and watched her government commit genocide in the land of Biafra , no words of condemnation. Sad!!” added the third.

Anya responded to all the support, tweeting, “+234 Twitter, good morning. I give you a special thanks for riding harder for me. My Nigerian people especially in and from Alaigbo saw how much I love them and they loved me back. Together we share our pain and show the world our history. Thank you ?? PS I’m still gay.”

In another tweet she expressed: “My people, thank you ??? All this love you send me, I receive it and return it. Since you’re here saying that it doesn’t matter that I’m gay, or you won’t disown me, please, I beg of you, can you find the same grace for LGBTQ people in your lives? Can you please love us like we love you?

Her latest posts also received a lot of positive comments, but there were people who attacked her for revealing her sexuality. One reviewer shared: “But why do you have to come out as gay? You make it sound weird… Like you’re trying to cause something or draw people’s attention to it. I think it’s unnecessary. Nobody cares about your sexual orientation or practices; it’s supposed to be personal/private, you know. Another said: “Keep your sexual preferences to yourself. Or should polygamists start advertising their preferences? Or perhaps those who practice bestiality?

One person noted: “I don’t support same sex as a Central African and an Igbo man. I am always frank about it unapologetically. So you are still Aru (abomination) so please don’t bring that part to Ala Igbo. However, I love you for the debate you sparked, ma’am. Thank you ????.” The second tweeted: “Being gay is for Westerners here in Africa, it’s not our culture and it’s not in our DNA ? however don’t ask me to accept what I don’t believe. Better call me whatever.” “‘Are you still gay’ and say you are against the colonial masters? You just end up contradicting yourself. There was no need for the last line,” added the third.