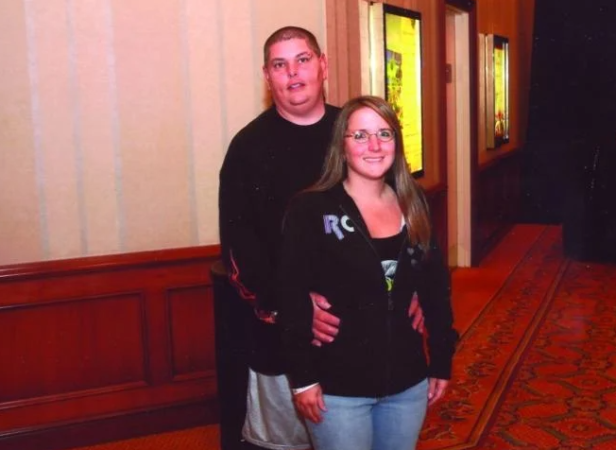 The death of a woman in the early morning hours during a home invasion horrified Chesapeake City in Maryland in November 2009. Terri McCoy, her parents and her partner were inside the house when four teenagers broke in with the intention of robbing them . She got caught up in the invasion and was immediately shot by one of the invaders. Murder Comes To Town: The Dangers of Success on Investigation Discovery meticulously examines every detail and perspective of the case, showing viewers precisely what happened in the early hours of that pivotal day that permanently altered the McCoy family. We have the information you need if you are interested in the case and want to know who committed the crime and where they are now. So let’s get started.

How did Terri McCoy die?

The McCoy family was sleeping inside their home at 3700 Augustine Herman Highway on November 4, 2009, when four armed and disguised teenagers entered around 1 a.m. Terry McCoy, 63, woke up in shock and initially believed it might have been his daughter Terri Ann McCoy falling from low blood sugar. He tried to keep the door to his bedroom, which he shared with his wife Geraldine McCoy, 62, closed when he saw masked children with rifles and realized someone was breaking into his home. . However, he was outmatched and one of the invaders hit Terry with a pistol, permanently damaging his eye. Three intruders quickly barged in, one of them pointing a gun at a terrified and frightened Geraldine. Terry was led into the living room by the other two robbers, who were looking for cash and jewelry.

Terri Ann McCoy, the couple’s 40-year-old daughter, woke up to all the ruckus and went downstairs to find out what was going on so late at night. On the second-floor landing, Terri was shot five times by the fourth invader, who was stationed outside the kitchen door keeping watch. The invaders forced Terry to open the safes and then he lay face down. Terry heard gunshots while he was on the ground, but he had no idea that his own daughter had been shot.

The thieves entered, stole jewelry valued at $500,000, and then fled the scene after emptying the safe. As the robbers fled, Terri’s partner of 10 years, Tara McCoy, 33, came to her aid. Terry reportedly heard her daughter say, “I’m dying” as he ran toward her. Terri was pronounced dead from multiple gunshot wounds at Christiana Hospital in Delaware after emergency personnel alerted authorities and took her there.

Seth Dallas Jedlicka, the youngest member of the group at the time and 16, was dressed simply in war paint while the other three intruders wore ski masks. Geraldine took a risk by carefully observing Seth’s face and memorizing every feature despite being in the middle of a fatal home invasion. According to court documents, she swore to memorize his face so accurately that she later helped detectives create an exact composite drawing of Seth. Investigators identified four suspects in the home invasion with the help of that and tracking jewelry that the intruders sold for $30,000 to a jeweler in Philadelphia, one of whom was Seth of Middletown.

Seth was missing when authorities raided his home in February 2010, and his family reportedly did not know where he was. Police in Miami, Florida, arrested Seth and another of the four suspects on March 15, 2010. Seth allegedly implicated himself on March 24, 2010, while speaking on a phone that was being recorded in the jail at the county. Seth was apparently named as a participant by 6 witnesses. Seth was found guilty of Terri’s murder and robbery thanks to all this supporting evidence and the help of one of the invaders who had taken a plea deal.

Where is Seth Jedlicka today?

Seth was accused of being the meanest and most abusive throughout the trial by the McCoy family, even as the victim was on the ground after being shot multiple times. As he retrieved valuables from the bedroom safe, he flashed an “arrogant smile”. The couple’s other daughter, VanCulin, even claimed that Seth had stripped her father of his dignity by having him paraded around the house in only his underwear. The State sought a felony murder conviction rather than claim Seth was the gunman. He was convicted of theft of more than $100,000, armed robbery, first degree robbery, use of a pistol in the commission of a felony, first degree assault, first degree felony murder, and conspiracy to commit crimes. nouns. The court noted that his flight to Florida was an admission of “consciousness of his own guilt.” Seth was sentenced to life in prison for first-degree murder by Visiting Judge Christian M. Kahl, but all but 60 were later suspended. The court sentenced Seth to a total of 60 more years in prison for the other crimes, to run concurrently with his murder conviction.

He is currently being held at the North Branch Correctional Institution in Cumberland, according to court documents, where he must complete his entire sentence, at least 30 years, before being eligible for parole. Seth appealed his sentence reduction on August 29, 2017, however, his appeal was denied.