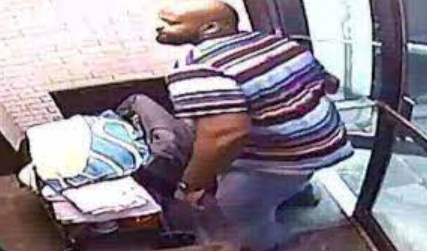 On Tuesday, she spoke directly to her attacker as he was sentenced, CBS2’s Tony Aiello reported. Tammel Esco, 42, stayed silent, and if he felt anything, he didn’t show it in court. Mr. Esco, you struck the victim in this case 127 times,” Judge Anne Minihan said.

The judge noted the savage nature of the March attack on the woman as she returned to her Yonkers apartment building. It started with an anti-Asian slur and ended with him spitting on her. When it was done, how exhausted you were. You could see you that you were breathing heavily,” Minihan said.

She sentenced Esco to the 17 1/2 years promised in the plea deal, after hearing from the victim, who said, “A complete stranger heartlessly spit, beat and kicked me over 100 times just because of my heritage. I lost months of my life. I will forever be on edge.”

That fear forced the victim to move out of her longtime residence on Riverdale Avenue. “Leaving the home that you’ve had for 24 years and where you raised your daughters, is incredibly painful,” said Jennifer Wu, the victim’s attorney.

The Yonkers hate crime was not the first time Esco committed an act of violence on a woman that was caught on camera. A video shows him pushing a woman through a plate glass window in February 2021. That woman was not seriously injured. Esco was given a sentence that required substance abuse treatment.

In court Tuesday, the judge noted his sad history of growing up in foster care, dealing with mental health and drug issues. When given a chance to apologize or explain, Esco declined. He left court and will remain behind bars at least until the year 2039.