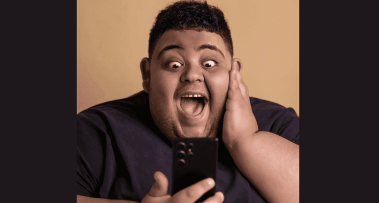 An Israeli social media star who is famous for making fun of his own obesity and posting about his fondness for eating, has died aged just 28. Idan Ohayon, died on the night of Tuesday, September 6, at the Barzilai Medical Center in Ashkelon. Ohayon was a content creator with tens of thousands of followers on various social networks.

According to The Sun, the family said the cause of death was medical and that his funeral was held on Wednesday, September 7, at a cemetery in Kiryat Gat. Ohayon leaves behind a mother, a brother, and a sister. In videos of him, Ohayon often combined his love of food and was not afraid to laugh at himself and his weight. Ohayon was considered a prominent and well-known influencer in Israel. He had more than 115,000 followers on TikTok, 45,000 on Instagram, and thousands of subscribers on YouTube.

SIdan Ohayon Cause of Death

His last posts on Instagram were filled with many messages from his followers who admired him and struggled to digest the sad news. A few months ago, he participated in a documentary reality show called ‘The Creatoks’ along with other Internet influencers who were vying for the title of Israel’s best content creator. “One day I decided to go back to social media, so I uploaded a video to TikTok,” Ohayon said a few months ago.

In an interview with Ynet, he said, “All of a sudden, I hit 300,000 views in 24 hours, so I posted another video and another, and the views kept coming. I went back to my old life and gained a lot of followers and it was great. People he even recognized me when i was walking down the street asking for selfies, then i got a call from an agency saying they wanted me for a social media star reality show, i was dubious at first but as i searched Google and I saw that it was a serious agency, I accepted, I went to an auction and they informed me that I am in.”

MEAWW previously reported on the death of a famous TikToker, Ladydrivah 2.0, whose real name was Rachelle. She tragically died at the age of 38, leaving behind two young children. The news of her passing was recently confirmed by her close friend and fellow TikToker @p***ed_of_truckah in a heartbreaking video. Rachelle, a Florida-based truck driver and social media creator, was reportedly found dead inside her van in Jacksonville on November 10, 2021.

The 38-year-old mother of two joined the social media platform at August 2021 and built a solid fan base of over 16,000 in just a few months. She also had over 2,300 followers on Instagram and was well loved by fans for her badass personality and her wild comments. The exact cause of her death was not revealed, however, it is believed that she died under tragic circumstances. Many speculated that she died due to an accident, but her fans asked everyone to refrain from spreading rumors about her death.