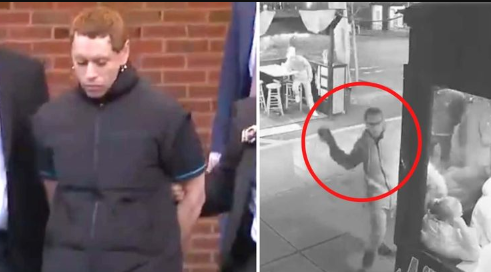 A man accused of throwing a series of bricks at an LGBT club in Manhattan’s Hell’s Kitchen was arrested at his home on November 22, and police now say he did it in revenge. After a week of throwing bricks through the windows of the VERS pub, Sean Kuilan, 34, was charged with three separate counts of criminal mischief, reckless endangerment and criminal possession of a weapon.

He has yet to be tried for a hate crime. According to James Essig, NYPD Chief of Detectives, who spoke to the New York Post, Kuilan allegedly threw the bricks multiple times as a result of a dispute a friend had with the establishment. “Basically what he says [is] that he knows a girl who had a problem with one of the guys at the bar and he was “seeking revenge”. ”

As of now, we have no reason to believe it is [a hate crime].” Police had previously released video showing the guy throwing a brick into the glass at the bar over the weekend. It was the fourth time recently that the establishment has been the target of hate crimes, owner David DeParolesa reported. Kuilan was arrested on Tuesday, November 22. at his residence, which is just a block from the bar and close to 9th Avenue.

One person and that we can close the book, I’m not sure it is,” he told the New York Post. The crimes against VERS, according to police, occurred on November 13, 15 and 19. When the first incident occurred, according to Police said Kuilan threw a brick through the front glass of the LGBT pub where they received the report around 5:35 p.m.

Although it was not immediately clear if the culprit was arrested as a result of a community tip, the New York police had stated that there was a reward of up to $3,500 for information leading to the suspect’s arrest. He was taken into custody at the NYPD’s 7th Precinct. DeProlesa claimed that when he set up the pub in July, he took into account the possibility of hate crimes and opted to install shatterproof glass.

Read Also: Who is Casey Coulton? Wiki, Biography, Age, Family, Cause of Death