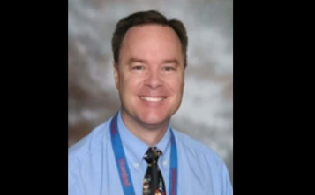 Robert Bean, 53, an English teacher at Cajon High School in San Bernardino, received a license after he was secretly filmed calling a student a “defiant little bratty kid” and yelling, “I just want to slam his face into the wall.” “, on camera by a student during class. The video later went viral on TikTok and he now faces a suspension.

Current and former students at the school have come forward describing their own experiences with Bean after the video went viral. In the video, Bean is heard saying, “…because she thinks she’s funny. She is a rude and defiant brat that I just want to slam her face into the wall.” He then adds. “That’s how angry I get when people do this, and a lot of it is because I’m from the old school, guys. I am 53 years old…”

These comments by Beans sparked widespread outrage, with several former Cajon High School students publicly criticizing him for his long-term abusive behavior. One of the people who came forward to reveal Bean’s past behavior was former student Megan Soult, who graduated from the school 12 years ago. She claimed to have an autoimmune disease when she was a student at the institution and the English teacher made comments about it.

“She embarrassed me, humiliated me in front of my entire class, with my medical information not only very private, but very personal,” Soult told KTLA. “To see this come up so many years later and to hear how many people have brought this to the attention of the school’s administrative staff and still nothing has been done is just baffling.” Previously, in 2009, she made a statement to Fox11 to denounce Bean’s aggressive behavior.

“I was bullied and harassed by him at a time when I really needed my teacher’s support and guidance and I will remember him forever,” she said at the time. Two other seniors at the school have stated that Bean has displayed different types of abusive slang in class. Blaine Anderson, a senior at Cajon, said, “He’s done these things in the past. He yelled at students. He called them different names.”

Mia Munoz, another current senior, told KTLA, “For him specifically, a line was crossed when he made specific threats about a specific student. Not only was that unprofessional, that shouldn’t have been on campus at all.” . In a statement to KTLA, the San Bernardino City Unified School District said, “We have been monitoring the same social media posts and are aware of the comments.

We have opened an investigation and published a phone number where families can share relevant information to be part of the investigation.” Similarly, a statement from the school district was made to Fox 11, “SBCUSD placed Mr. Bean on administrative leave this morning. We are investigating the allegations posted on social media. We cannot share more about this situation because we are obligated to protect the privacy of our employees in this matter.”